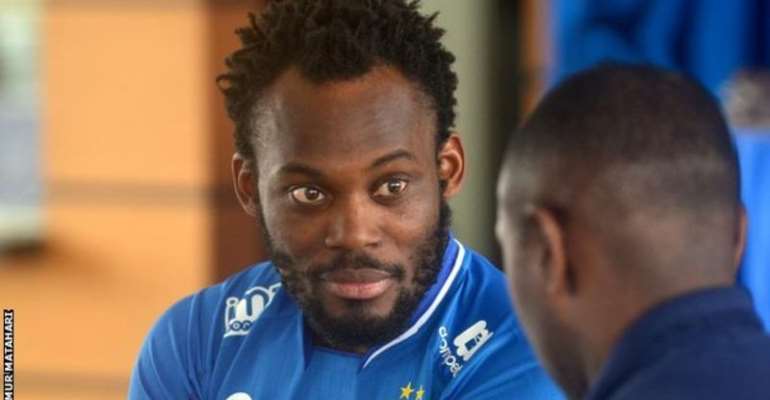 Indonesian side Persib will move fast to add another big signing to their ranks after impressively securing the signature of former Chelsea midfiielder Michael Essien.

Essien turned down a move to Australia's Melbourne Victory to move to Indonesia after buying into the project of the club.

The clubs manager confirmed they were close sealing another global name.

"Yes, just wait. If there are sponsors who want to help, why not? Just wait," said the 68-year-old man.

Akufo-Addo, Mahama to wrap-up campaigns with mammoth rallies...
21 minutes ago