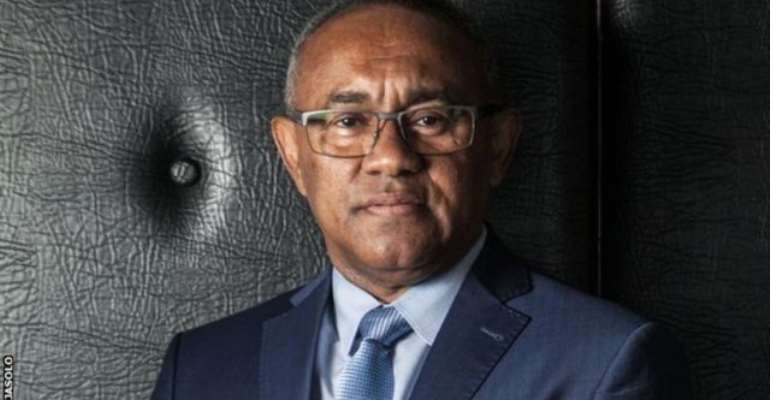 The 57-year old Madagascar Football Association president has joined the ranks of what has been a mindboggling 18 months for football underdogs the world over.

In a historic election held here on Thursday, the little-known administrator beat seasoned seven-time CAF election winner Issa Hayatou to become the seventh president of the confederation in 60 years.

Now that he has been given the mandate, what’s he bringing to the table?

Change for change sake
“I think a lot of us have now finally agreed with the wider African public in saying we are just tired of having the same person lead with the same ideas for so long,” said South Africa’s Danny Jordaan after the vote.

When Hayatou came to power in 1988, George Weah had just won the Liberian Premier League, the Liberian Cup and was on his way to Monaco to play for Arsene Wenger. It’s 2017, and Weah has won the Ballon d’Or, retired, become a politician, lost two Liberian elections and is gunning for his third.

And Hayatou is still there. That about sums it up. 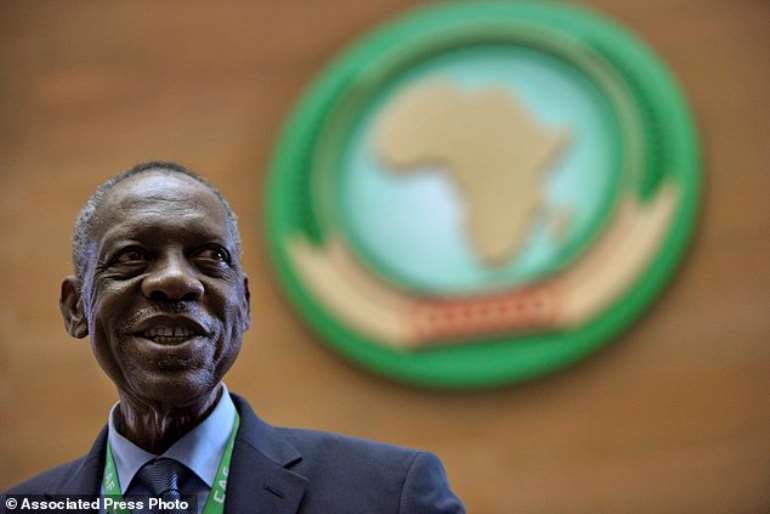 Transparency
In final address to delegates on Thursday morning, he also mentioned the importance of transparency. “The money that comes to CAF does not belong to the people at the top of CAF. It belongs to you, the federations.”

It is a message that seems to have resonated, considering the murmurings of discontent continent-wide about the secrecy involved in a lot of the deals CAF has signed in recent years.

TV rights for major African competitions were bizarrely sold to French outfit Lagardère Sports – who bid $1 billion – when it is widely known that another Egyptian outfit, Presentation, outbid them, offering an extra $500 million.

The case was reported to Egypt’s Competition Authority, who referred CAF and Hayatou to the country’s public prosecutor. Hayatou hit out at the allegations, calling them “false”.

“This contract guarantees African football a substantial increase in revenues and substantial funding for the development of football on the continent,” a CAF statement at the time said. Clearly, the delegates in the presidential elections did not feel that way.

There has been skepticism about how much petroleum giants Total actually paid for rights to become the headline sponsor of CAF’s flagship competitions. Many do not believe the official figure that was offered.

“The people have spoken. We want things to change, and want things to be done more transparently,” Lesotho’s FA boss Salemane Phafane told Joy Sports after the election result.

Human resource improvement
Ahmad pledged to uplift the standards of refereeing the continent badly needs. CAF competitions are notorious for being fertile grounds for dodgy decisions, especially in the tournaments that do not get prime television coverage such as the Champions League and Confederations Cup. Ahmad also wants training courses of a high level for coaches.

Devolution of power
Hayatou’s failing health over the years has affected his mobility. And for football confederations, the ability to move around, feel and know what the problems are on the ground. It’s a message from Ahmad that struck chords around the continent. His Cameroonian counterpart seemed to have become a tad complacent, and some even complained he was not taking their problems as seriously as he ought. 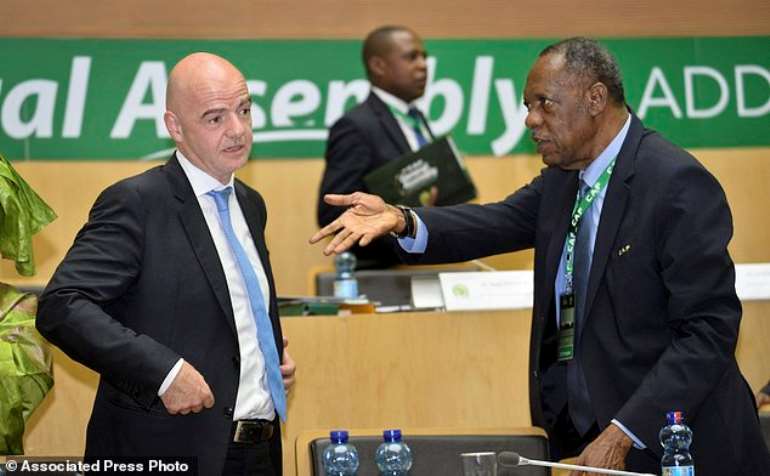 A Gianni Infantino ‘puppet’?
The Fifa president was at pains to look neutral before the polls, but he fooled no one. A vote for Ahmad helps Infantino as it secures Africa, one of the largest confederations in the world by number, as a key voting ally. It is something Sepp Blatter knew well, and after Hayatou opposed Infantino’s ascent to the Fifa throne, there was bound to be friction.

The Swiss-Italian has done everything but erect a signboard declaring his stance for the Malagasy, and that support gave a lot of FA presidents confidence to back the change movement.

All these have raised fears that Ahmad will be unable to push Africa’s agenda at the global level like Hayatou tried to do. In fact, the just-ousted president centered his final speech before the polls on identity, urging his compatriots to be “united against oppressors from not within us who want to divide and rule for their own gain.”

To drive home the point, Hayatou openly blasted Infantino for “meddling in Africa’s affairs” in his farewell speech, saying that “tomorrow, it will be the turn of Ahmad to be judged”.

Will the new CAF boss become a yes-man to Infantino?

Whatever happens these are exciting, albeit uncertain times, for African football, for many of Ahmad’s lieutenant’s are not tested at continental football management. That said, many would argue that Hayatou’s henchmen were not that credentialed either.

Time will tell what Ahmad will bring to the table.
ALSO READ: Behind the scenes, how Hayatou fell to Ahmad