EXCLUSIVE: Behind the scenes at CAF, why Ahmad beat Hayatou 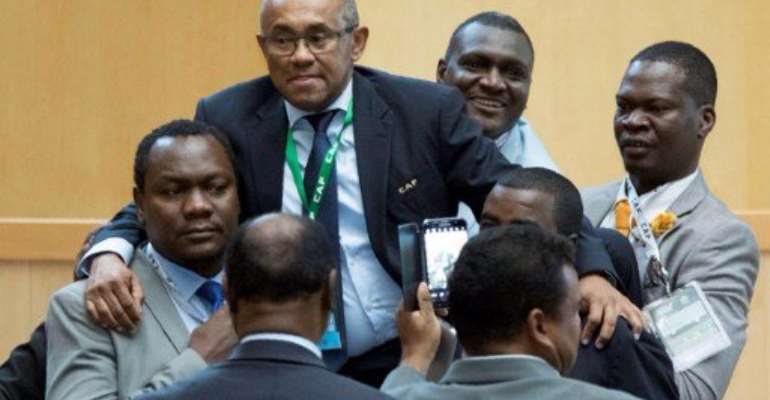 Joy Sports Gary A;-Smith goes behind the scenes for the sub-plots behind the demise of the powerful Hayatou. 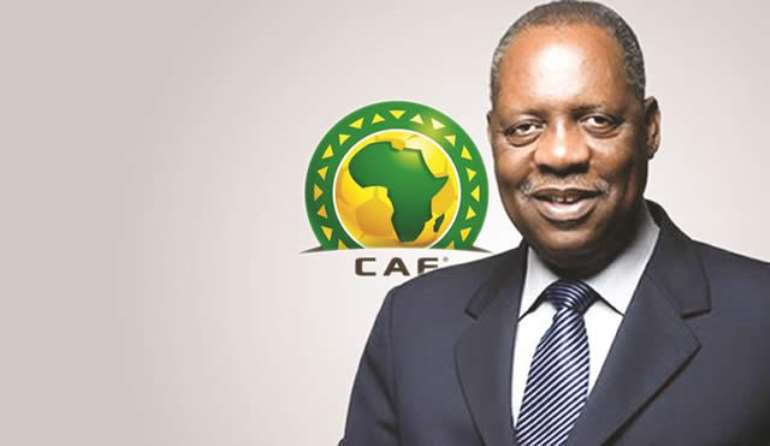 ADDIS ABABA, Ethiopia – In the last 15 months, world football has seen a new Fifa president, and the elevation to power of three new Confederation heads. On Thursday, Africa provided a fourth.

Issa Hayatou, the long-serving head at the helm, was ousted by 57-year old Ahmad Ahmad from Madagascar at the elections held here.

The story of how it happened mirrors the modus of similar elections elsewhere in the world, with machinations and intrigue. But more than anything else, there was a dogged stance for change that underpinned the effort to usurp the 70-year old Cameroonian’s power.

Thursday’s session was a continuation of the larger 39th CAF General Assembly, which began on Monday. Every one of the three previous days brought a heightened realization that these polls were going to special, regardless of the result.

If Hayatou won, it would have laid down the marker of his undisputed status as the ultimate football politician. If Ahmad did, it would show CAF’s dirty laundry had finally come to light.

By 10am local time, the day’s events had started.

The booth, the win
54 football associations were called up, one by one, from A-Z to vote in a secluded booth in one part of the cavernous Nelson Mandela Plenary Hall of the African Union Headquarters.

The whole process took roughly 32 minutes. Then a Fifa observer was called upon to verify the validity of all the votes, after which the count was done and the result announced.

“Ladies and gentleman, we now have the result of the voting for the presidential elections. Ahmad Ahmad polled 34 votes. Issa Hayatou had 20. So, the new president of the CAF will be Ahmad Ahmad.” 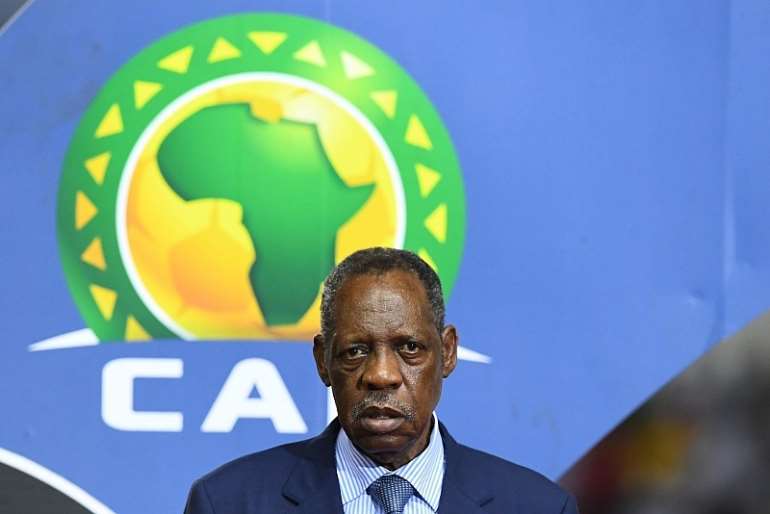 And just like that, 29 years of rule came to an end.

In a sense it could, and should, have been a bit more dramatic for the cameras. But it wasn’t. A deadpan announcement, a fleeting moment of silence as it sunk in, and then shrieks of delight from the Malagasy’s camp.

Hayatou sat, stone-faced and expressionless; a dignified end to a ruler who meant different things to different people.

The meaning of the win
Hichram El-Amrani, CAF General Secretary, meanwhile was droning on about modalities. And then he announced the lunch break. At that point, Ahmad’s supporters, who could barely sit down, rushed to his side and lifted him onto their shoulders and into the air. Fist pumping, shoulder-bumping, throat-curdling, and generally euphoric.

The scale of what they had done had not sunk in. But for the moment, the relief was obvious.

But the bigger story is perhaps what went on before such a seismic victory was possible.

Over the course of the last few months, Ahmad had taken time to find a message that will strike cords. And he found them.

“He has promised to work directly with the FAs, something Hayatou did not do, because he opted to rule African in a centralized way,” says Hassan Kirunda, a Ugandan journalist who also witnessed the historic vote.

“Another thing was he played the age card, which was crucial. Hayatou’s health has been a major concern and many people felt they needed a younger, more energetic person to criss-cross the continent and work.”

Ahmad is 57, and looks it. Each of Hayatou’s 70 years are etched on his face, his frame, his gait and his posture.

The conspiracy’s modus
The support base that led to the defeat of the Cameroonian was also key – an alliance forged by traditional African football giants such as Egypt (led by its FA boss Abu Hanirida), Nigeria (Amaju Pinnick), Guinea (Constant Omari) and Ghana (Kwesi Nyantakyi) as well as the influential South Africa (Danny Jordaan).

These pillars openly rallied the other smaller, but also important, football nations around them. Liberia (Musa Bility) and Sierra Leone (Isha Johansen) did not hide their allegiances, and it was at great risk because a Hayatou win could have spelled the end of the football political careers.

But the Ahmad camp ditched that made arrangements to stay at the Hilton, where they could plot their mission with a minimum of intrusion.

Even then, there was fear in the Ahmad camp. Only a few bold FA presidents such as those from Nigeria, Ghana, Liberia and Guinea openly slept at the Hilton. Others, who eventually voted for Ahmad, slept at their allocated hotels out of fear of victimization.

By Wednesday evening, the Ahmad camp were sure of at least 30 votes. Sources say there was a final strategy meeting at the Hilton, where total projections showed the camp had “a minimum of 31 votes and maximum of 35”.

That meeting was led by Egypt’s Hani Abo Rida.

Last minute scare
But after that meeting, there was a scare for the Ahmad camp. Within an hour of the meeting’s closure, word reached the Hilton that the head of the Comoros FA had reported every detail of the strategy session to Hayatou. He had even gone as far as naming countries who had been present at the meeting.

But it was too little, too late. The numbers were simply too big for Hayatou to overturn at such short notice. The die was cast.

Meanwhile, Hayatou himself was at the Sheraton.
“He was strangely calm,” according to a Central African FA official with knowledge of the situation. “He said he was sure of his people, so he would not go overboard in trying to go for votes.”

In retrospect, the Cameroonian should have probably taken things more seriously, and not allowed his lieutenants to control the campaign.

Change has come, and the new order is here. 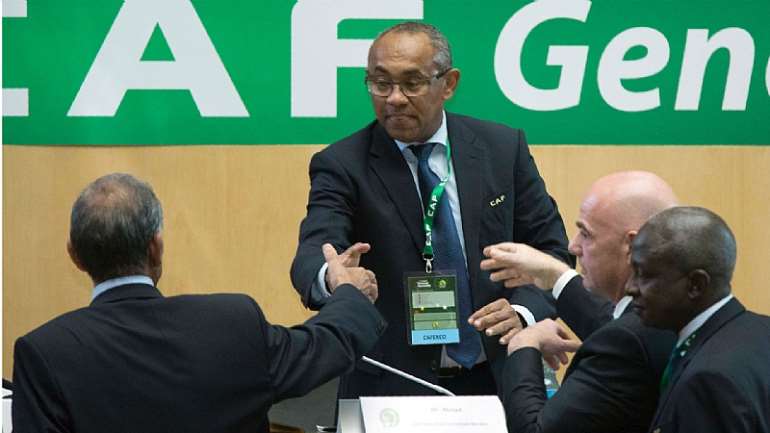 Looking back
After the votes came in, the elation showed by the Ahmad camp was part relief, part disbelief. They had won with 34 votes to Hayatou’s 20 – a stunning victory.

“Ahmad was a good candidate, with a good message, and the timing could not have been better. We do not hate Hayatou, it’s just the dynamics of the way things work,” Ghana FA boss Nyantakyi told Joy Sports.

The Hayatou camp tried to keep a game face after the mauling. When all the delegates had to return to the hall to continue the day’s other business, Hayatou was seen with six loyalists around him, including the very vocal Manuel Nascimento, head of the Guinea Bissau FA.

15 minutes later, when Hayatou was seated, Nascimento was seen, alone, in tears in one of the side-rooms. Meanwhile, Benin FA’s Mouchafou Anjorin was spotted in the washrooms, retching.

For 29 years, the CAF has been used to red carpet treatment, five-star welcomes and cosy exits. On this day, after his farewell speech, Issa Hayatou left the AU building through a small side exit.

It was a humiliating exit for a powerful man. And the deed was done.