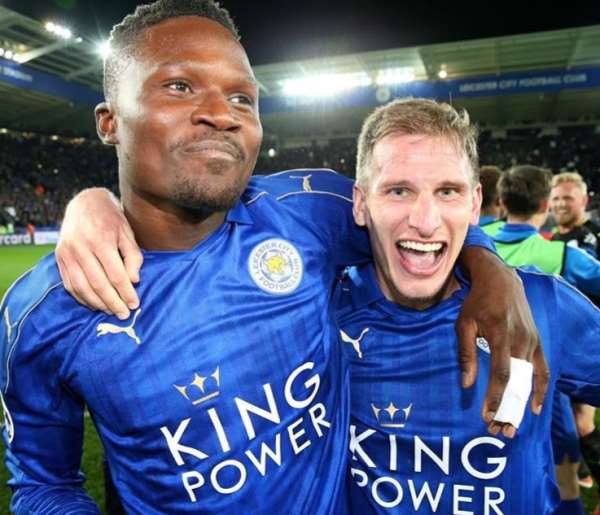 Ghana defender Daniel Amartey has hailed his English side Leicester City's progress in the UEFA Champions League describing it as 'What a feeling'.

Leicester City achieved the impossible after a stunning win over Sevilla sent them into the Champions League quarter-finals.

The Foxes won 2-0 at the King Power Stadium on Tuesday to progress 3-2 on aggregate with the Ghanaian playing as a late substitute.

Leicester, who are still battling for survival in the Premier League despite successive wins under new boss Craig Shakespeare, now go into Friday's quarter-final draw.

Barcelona, Bayern Munich, Real Madrid and Juventus are among the teams they could play for a place in the last four.

Juventus goalkeeper Gianluigi Buffon said after his side sealed their place in the last eight by beating Porto on Tuesday that Leicester are the team to avoid in the next round.