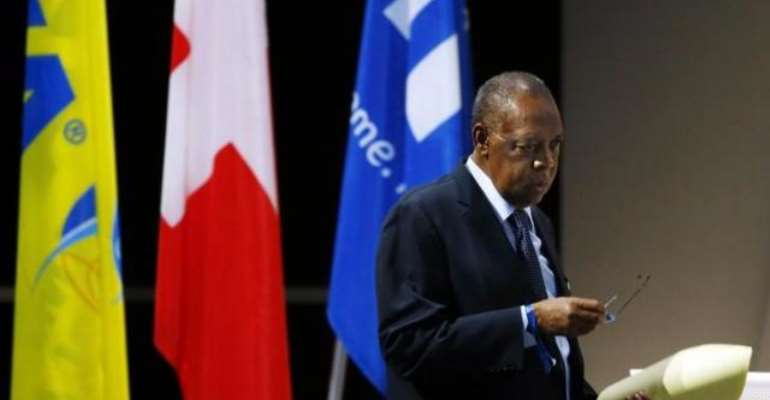 The Executive Committee of the Confederation of African Football (CAF) have given the hosting right of the 2018 CHAN to Kenya.

The decision was concluded at CAF's 39th Ordinary General Assembly at the African Union headquarters in Addis Ababa.

Rumours went rife that Kenya were contemplating of pulling out of the competition because of their unpreparedness but CAF are convinced they can pull it off.

According to reliable sources, Kenya's ability to host the tournament that is set to start from 11th January and end on 2nd February 2018, was discussed at length during today's CAF meeting.

Doubts on Kenya's ability to host the tourney surfaced in April last year when head of CAF CHAN organizing committee Almany Kabale Camara visited the country together with CAF secretary General Hicham El Armani where addressing the press ,announced that the country was much behind in preparing for the tournament.

CAF requirements to host the tournament needs hosts to put in place four stadiums for each group with each venue having at least four changing rooms, two training pitches in each venue, internet connectivity and transport infrastructure across all venues.

Other requirements include advanced media tribunes, anti-doping rooms in each venue, floodlights for HD video production and stand by generators in all venues.

FKF is expected to use Kinoru Stadium in Meru, Moi Stadium in Kisumu Mombasa County Stadium and Kenyatta Stadium in Machakos as some of options of the tournament as well as main stadiums Kasarani and Nyayo.

Instruments to host the 5th edition of the African Nations Championships, a biennial football tournament that exclusively features players from respective national championships, were handed to Kenya on 7th February 2016 at Amahoro stadium and were received by then Kenya Minister of Sports and past FKF chairman, Sam Nyamweya.

Kenya is the third country in CECAFA region to be granted rights to host the second most prestigious tournament. Sudan hosted the second edition before Rwanda who organized a spectacular event in 2016.

Election 2020: You'll have ‘fugitive’ president should Maham...
55 minutes ago