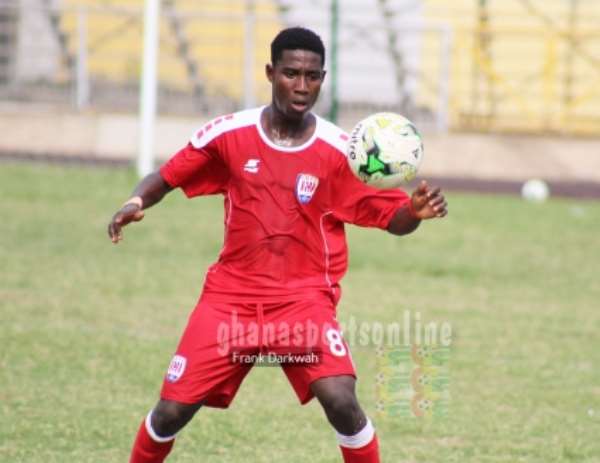 
Inter-Allies midfielder Isaac Twum is available for selection ahead of his side's clash against Great Olympics on Wednesday.

The talented enforcer has recovered from a minor knock he picked up during their 2-1 defeat to Aduana Stars at home at the weekend.

The midfielder was stretchered off during the setback at the El-Wak stadium.

But the youngster has recovered in time ahead of the mid-week clash against the struggling Wonder Club.

Twum scored the opener for Eleven Is To One before the Fire Club rallied from behind to pick maximum points.