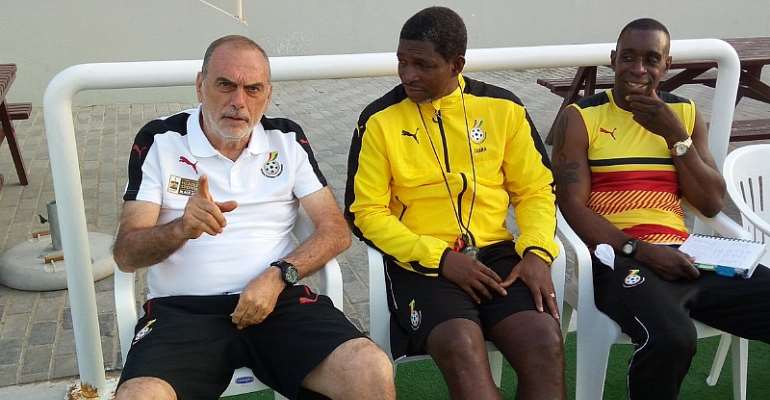 The Ghana has rejected claims the backroom staff of the Black Stars has been dissolved.

Mounting reports have consistently claimed this week that the entire backroom staff has been sacked following the departure of coach Avram Grant.

The reports say assistant coach Maxwell Konadu, team manager Sabahn Quaye, psychologist Professor JK Mintah and others have been told to step aside pending the appointment of a substantive coach.

But Ghana FA spokesman Ibrahim Sannie Daara has rebuffed the claims as false.

"The reports that backroom staff of the Black Stars have been dissolved is untrue," he said

"The FA has not taken any decision and so those reports must be disregarded.

"Maxwell has been confirmed as the interim assistant coach and will continue to play his role until the appointment of a substantive coach.

"These reports are unhealthy for team building and cohesion and so we must stop it."