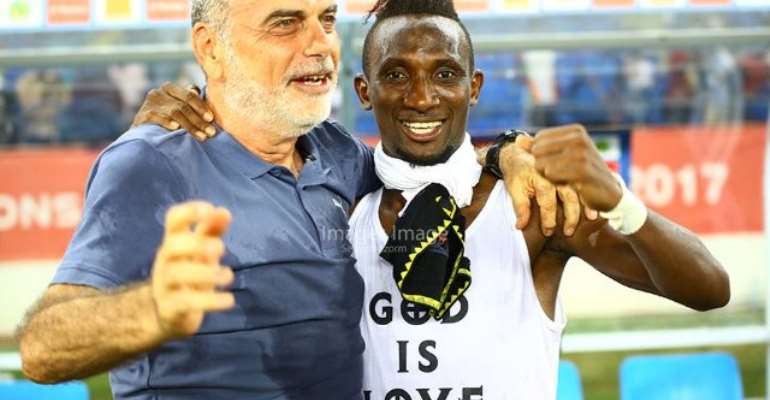 Tamakloe has joined the multitude who have blamed the former Chelsea trainer for Ghana’s inability to win the title despite having a talented group of players.

The Black Stars were highly fancied to lift the trophy this year after missing out narrowly two years ago against Ivory Coast but the team capitulated when it mattered most against Cameroon in the semi-finals before losing to Burkina Faso in the third place playoff.

And Dr. Nyaho Tamakloe opines the Avram Grant must be denied a contract renewal followed by a probe on the activities of the FA.

‘’Avram Grant is not the type of coach that Ghana needs this time. I don’t know if it is laziness but he doesn’t have the kind of life you see in coaches throughout the tournament.’’ Nyaho said to Joy Sports

‘’He is always outside the country and hardly knows the boys he selects. First thing I will do is to change the coach before I look at the players. And the new coach takes time to know the players.’’

‘’If the FA has influence in selecting players then I will get worried, for now I don’t have evidence, but if they do influence the that is bad’’ He concluded.