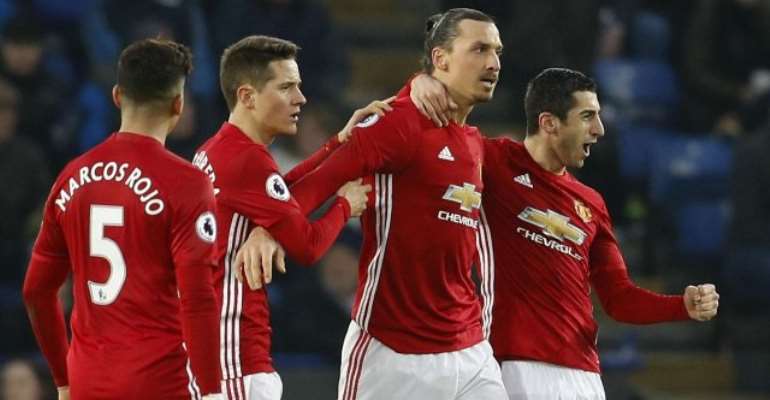 Three goals in less than ten minutes either side of half-time were enough for Manchester United to record an easy victory over Leicester City, and increase the pressure on Liverpool and Arsenal.

The opening stages of the first half were largely even, but United grew into the game when Henrikh Mkhitaryan was switched to the number 10 role.

It was Mhkitaryan, darting in behind the defence on the halfway line, who opened the scoring just before half time. Zlatan Ibrahimovic got his 15th Premier League goal of the season two minutes later.

In the second half, Juan Mata - lucky to still be on the pitch after a rough challenge on Jamie Vardy in the first half - sealed the victory with a smart third.

United stay in sixth, but whittled down the gap to fifth place behind Liverpool to a single point, and Leicester find themselves in a relegation battle proper.