AFCON 2017: Cameroon coach Hugo Broos coy over tactics against Ghana; but does not want game to end in penalties 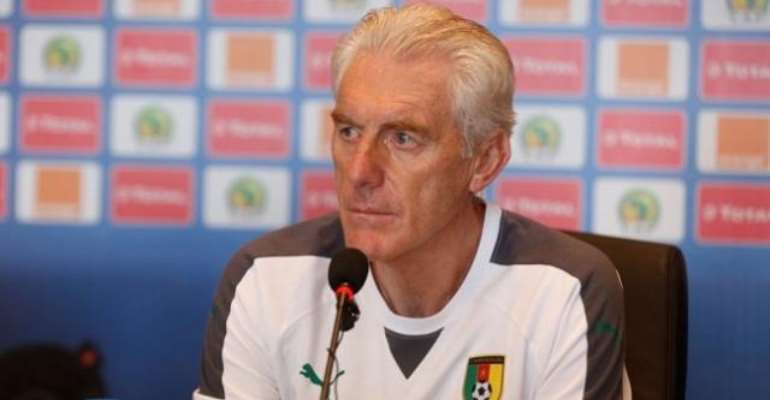 Head coach of Cameroon is coy over his tactics to face Ghana in tonight's encounter in the semifinal of the ongoing Africa Cup of Nations in Gabon but insists he doesn't want the game to end in penalties.

The brilliant tactician insist he does not talk about what he intend to do in games and wants to still remain silent on that.

'I never make a statement about what I intend to do at a game,' he said.

Broos however said he doesn't want the game to end in penalties.

'What is true is that I hope we do not have another penalty shootout. If we qualify for the penalties against Ghana there is nothing we can do.

'But on the other hand I hope we will realize our opportunities. Because in every game we had chances, but few times we scored,' he added.

The winner of the game tonight will face Egypt in the finals of the competition which will be a repeat of the 2008 final or the 2010 final.