Frank Acheampong: We have learnt our lessons 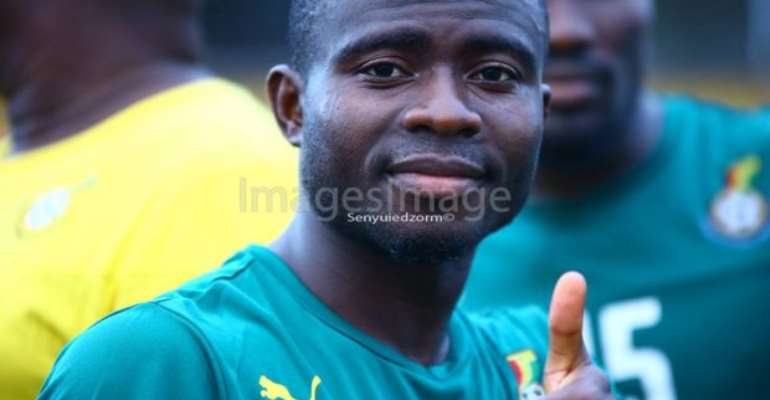 Black Stars winger Frank Acheampong believes Ghana's painful defeat at the hands of Cote D'Ivoire in the last edition of the Afcon has galvanized the team as they seek a return to the finals of the competition.

However, Ghana will have to overcome the Indomitable Lions of Cameroon in the semi-finals at the Stade de Franceville in order to progress further in the competition.

The last meeting between Ghana and Cameroon at the last four stage came in CAN 2008 which was hosted by Ghana.

Cameroon emerged victors following a goal from Alain Nkong that broke the hearts of Ghanaians who were hoping to win the competition that was being played on their home soil.

The Anderlecht winger added that the pain of losing in that final has thought them valuable lessons that will be useful going forward. “We have been there before so this is nothing new to us.

“We went to the finals with Cote D'Ivoire and did not win. “We have psyched ourselves for what's coming because this could be the time when God wants us to end that 35-year wait, ”he said.