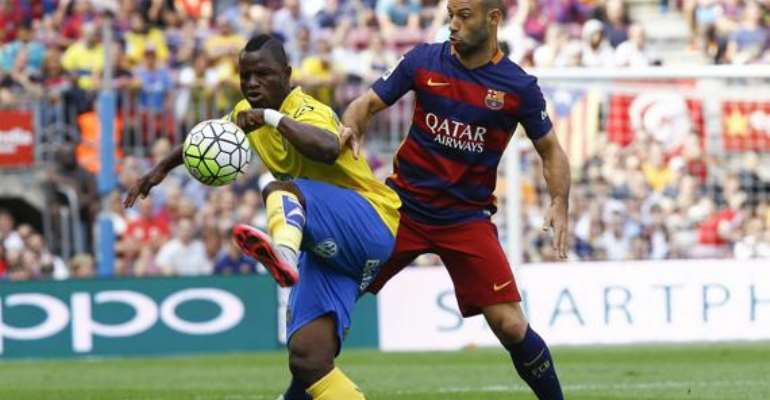 Spanish La Liga side Granada is trying as much as possible to close the transfer window with the signing of Mubarak Wakaso who is with Ghana in Gabon.

The 27-year-old Ghanaian midfielder has had a long history. He faced the rojiblancos in their day when they were in Second division, in the ranks of Elche. Then it happened to Villarreal - first in its branch - and from there to Espanyol, that finished to him transferring to Rubin Kazan.

He was on loan at Glasgow Celtic and later at UD Las Palmas, the last course. He is a player of great power, that can act of pivot or of interior. The AlavÃ©s and the Pescara are also in their foots

The market closes next Tuesday and in Granada the efforts are also focused on releasing tokens to bring some more reinforcement.

Video: Mubarak Wakaso talks about his rise to stardom - 8 months ago

Give EC Benefit Of Doubt On 24-hour Results Promise – CDD-Gh...
32 minutes ago