Top Weightlifter Christian Amoah To Train In Us 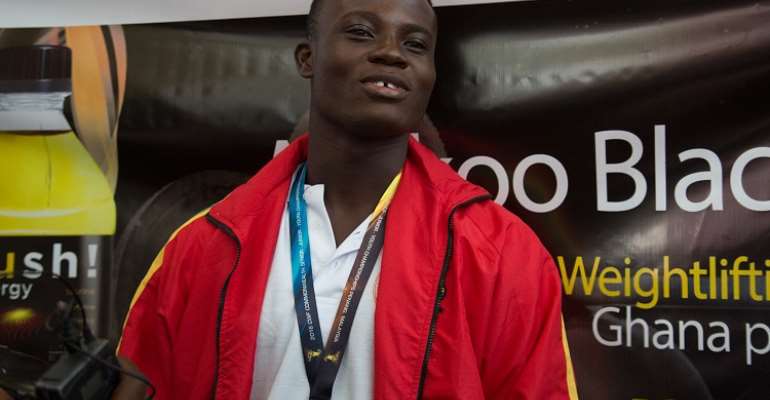 Christian Amoah, a member of the National Weightlifting Team and Olympian has left Accra for a four-months training programme in the United States of America (USA).

The trip which is been funded by the Executive Board of the Ghana Weightlifting Federation (GWF) and initiated by Black Cranes’ Head Coach, Prof. Kyle Pierce will have Christian Amoah attached to the Kinesiology and Health Science Department of the Louisiana State University (LSUS) in Shreveport.

He will have the opportunity to train with other world class weightlifters in the United States under the watchful eyes of Prof. Kyle Pierce who is also the Director of the United States Weightlifting Development Center located on the campus of the LSUS.

The Commonwealth gold medallist who currently resides in Odododiodioo is of the belief that no matter where one is raised, with determination and hard work, you will always reach your goals.

Christian was born on July 25, 1999 and currently holds a certificate in Basic Education Certificate Examination (BECE).

In the same year 2014, he participated in Commonwealth Games (Scotland) but could not make it to the medal zone. He also made the team for the All African Games, (Congo - 2015) where he placed 6th in the 85kg category.

Christian was part of the Black Cranes that sealed qualification to the Rio Games at the African Rio Olympic Qualifier (Cameroon - 2016) and placed 5th in the 85kg.

He has also been nominated by the Sports Writers Association of Ghana as the Best Weightlifter for the Year – 2016.