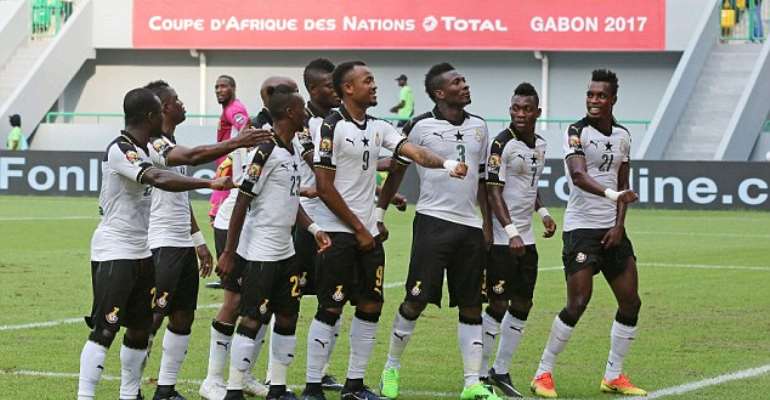 The Vice President of Ghana Dr. Mahamudu Bawumia has called on Ghanaians to rally behind the Black Stars as they take on the Leopards of Congo DR in the third quarter final clash of the 2017 Afcon.

The Black Stars will do battle with the Leopards in their quest to make a sixth straight semifinal berth at the tournament ongoing in Gabon.

And the Vice President is calling on all Ghanaians regardless of political affiliation to rally behind the team as they chase their fifth Afcon trophy.

'Let's all say a word of prayer for the Black Stars and rally behind the team as they seek to make our country proud,' he tweeted.

He then wished the team the best of luck and urged them to beat Congo DR to be able to win their fifth Afcon trophy.

Ghana have won the Afcon on four occasions and have been chasing their fifth trophy since 1982.

Let us all say a prayer for the Black Stars and rally behind the team as they seek to make our country proud. pic.twitter.com/kfwUI5ODDX

Take NPP’s money but don’t vote for them – Naana Jane to Asi...
34 minutes ago