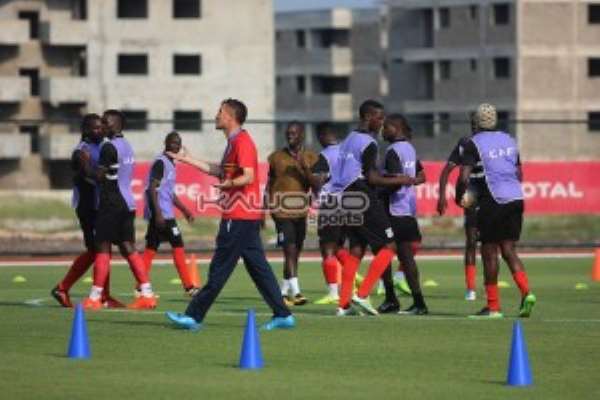 
Uganda coach Mulitin 'Micho' Sredojevic does not want to be drawn into speculation linking him with the Ghana job.

The Serbian has been hugely tipped as one of the favourite to land the Black Stars after the exit of current coach Avram Grant.

Grant's contracts runs out next months and has given the clearest indication he will not be seeking an extension.

The former Chelsea coach will part ways with the West African regardless of what happens at the Africa Cup of Nations where he has guided the side to the quarter-finals of the competition.

Micho's name has featured prominently in the West African nation as the possible successor.

But he has refused to comment on the growing reports.

'I will not comment on speculation,' he said.
"I have a contract until 2018. I am fully focused on the Uganda Cranes and FUFA are doing a good job with my contract."

He guided the Uganda to secure their first Africa Cup of Nations berth in 39-years.

Vote for me to change the fortunes of Anyaa-Sowutuom — NPP P...
15 minutes ago