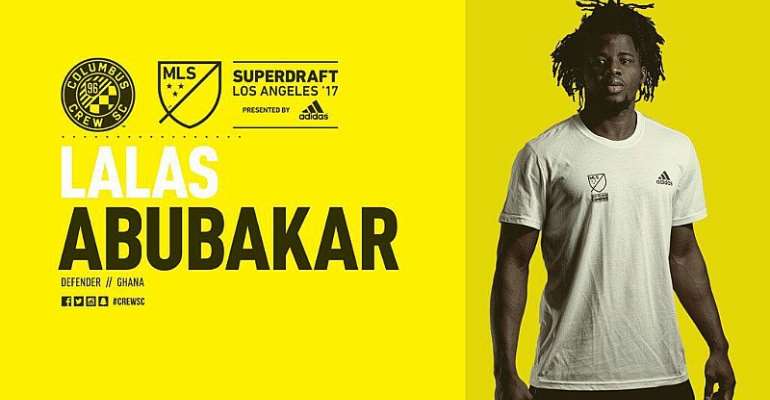 Lalas was drafted to Columbus Crew team from Dayton University where he is currently having his master's degree.

Coming from the roots where he played mostly on grassless pitches with Dawhywna United, a third-tier side in the suburb of Accra.

He was then a University of Ghana student and had to leave for the United States of America in his second year, under the supervision on his then head coach Owusu.

He said: ''I want to thank my families for the support, my friends, my teammates and the coaches I've worked under them ever since I was growing up especially my coach back in Ghana, Prince Owusu.''

Lalas will now be the third Ghanaian with the MLS side alongside side internationals Harrison Afful and Jonathan Mensah.