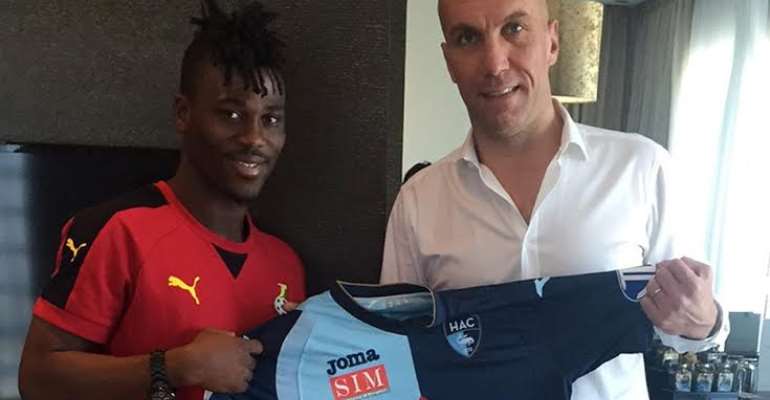 Ghana striker Ebenezer Assifuah insists he decided to sign for French side Le Havre to get more game time and get back into the big time.

The 23-year-old, who is at the Africa Cup of Nations, has sealed a three-and-half-year deal which will see him at the club until June 2020.

Assifuah believes the switch to the second-tier league from Swiss top-flight side FC Sion will whip his career back into line.

''I decided to move because I want to play every week. Le Havre is a big club and their vision is big and I love that mentally,'' Assifuah told GHANASoccernet.com at his base in Port Gentil.

''At Le Havre will be playing as a No.9 which is my preferred position and that will bring the best out of me.

''I'm determined to help Le Havre qualify to Ligue 1. Money was not the reason why I took that decision.''

Assifuah emerged top scorer at the 2013 FIFA U20 World finals in Turkey and was snapped up by FC Sion.

He made 88 league appearances and scored 15 goals including winning the Swiss Cup in 2015.