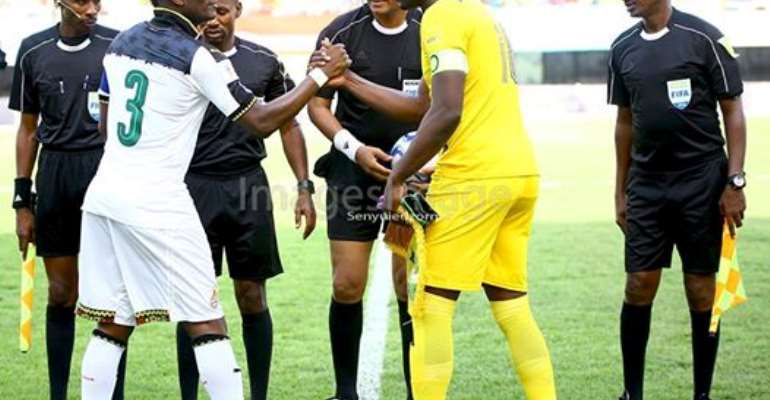 The ongoing Africa Cup of Nations dubbed Gabon 2017 has been given another name by Ghanaian football fans.

The new name is “Obia Nye Obia” which literary means one on is to be respected.

It also means no one is big or master, we are all equal and no one is super.

All the 16 qualified countries have put up respected performances since the tournament started with Guinea Bissau parading unknown stars giving host nation Gabon with 2015 African Best Footballer Pierre Aubameyang a game of their lives which ended in a draw.

Algeria who also had the 2016 African Best Footballer Rihad Mahrez were also held to a 2-2 drawn game against The Warriors of Zimbabwe who were labeled as the whipping boys, but they were rather whipping their opponents.

But, Algeria’s Desert Foxes are not a bad side, coming back into the game to earn a point against the Warriors. 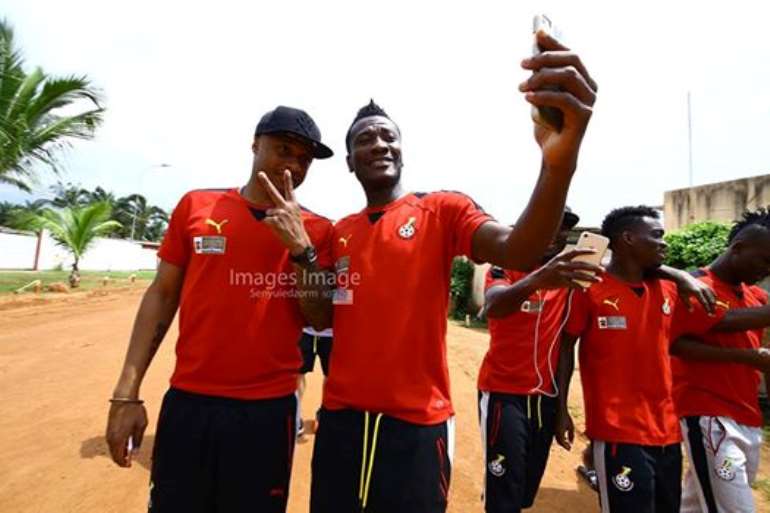 The Hawks of Togo who were not given any chance took inspiration from skipper Adebayor and experienced coach Claude LeRoy to draw 0-0 with the defending champions, La Cote d’Voire’s Elephants.

Burkina Faso’s Stallions were a delight to watch when they also drew with the dreaded Indomitable Lions of Cameroun.

Indeed, the first group matches have proved that African Football has really come of age and the players have improved.

Every nation has one or two stars who are an inspiration to their teams.

The exodus wagon which took top African footballers to Europe seem to have done well and better for the development of the game on the continent.

Now African players are not only gifted and technically good, but now tactically good and the smooth green pitches have added to the pictures to make the African game of high quality.

It is not by mistake that most European clubs want African stars in their setups.

Formerly it was Ghana who played sweet flowing skillful “Agoro” football and the north Africans with their fast-tactical games.

No wonder Ghana won the first Africa Cup for keeps, before Cameroun won four times to keep the second trophy.

Egypt who won the cup first are the leading winners with seven victories but it had not been easy to qualify, missing the last two editions.

Nigeria who boast of many professional players in Europe are not taking part in the 2017 finals, just like South Africa who have a very competitive national league.

Defending champions Cote d Voire will miss the services of Yaya Toure and Didier Drogba, two stars who established and distinguished themselves in the English Premiership with Manchester United and Chelsea respectively.

The French colonies who have players in France and Belgium have also contributed as countries like Burkina Faso have improved tremendously, while Mali who beat Ghana at the Third-Place game twice in 2013 and 2015 would want to improve their place to win or runner-up.

For Ghana, 35 years of waiting is enough and they have to be serious to win, after reaching the Semifinals since 2008.

The Black Stars are always favourites in the Africa Cup and this year is no exception.

Captain Asamoah Gyan is playing his seventh tournament, so he must have seen it all and should know it all. His experience will be his weapon and that is what he used to win a penalty against Uganda, which was slotted in by Andre Ayew.

Mali used their huge frames and power game to draw 0-0 with Egypt.

Many Black Stars fans were not enthused with the performance of Ghana though they won their game. The output of Baba Raham, who got injured, John Boye and Jordan Ayew has not satisfied the supporters, so they must improve their game.

Despite the criticisms on the Black Stars, they still have quality so much is expected from them.

West Ham’s Andre Ayew has started on a good note equaling the most goals scored by a Ghanaian and he hopes to score more. He certainly need the support and telepathic understanding with his brother Jordan Ayew of Aston Villa who seems not serious on the ball.

For last tournament’s MVP, Christian Atsu of Crystal Palace aka “Ayigbe Messi”, there is more to come.

Other like Daniel Amartey of Leicester City, Agyeman Badu of Udinese, Baba Rahman on Schalke O4, Afriyie Acquah of Torino, Mubarak Wakaso of Las Palmas, Frank Acheampong of Anderlecht, Thomas Partey of Athletico Madrid and other skillful rising stars like Samuel Tetteh, Eben Assifua, Eben Ofori, Andy Yiadom are quality players, Ghana still remain the favourites and must not give any opponent the chance.

According to former skipper Stephen Appiah, it is best to play an ugly game and win than play beautiful football and lose, so for the Black Stars, they must just go and win.

Asamoah Gyan has also said the Black Stars have not given up on the chase for the Africa Cup and like Cote d Voire who lost at the finals before winning the last time, they can also do it this time in Gabon.