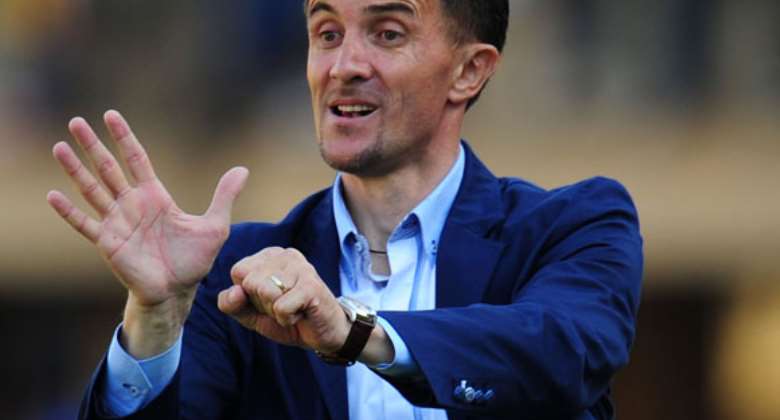 Uganda coach Milutin Sredojevic explained that his team paid dearly for one mistake in their 1-0 defeat to Ghana on Tuesday.

The Cranes marked their return to the Africa Cup of Nations for the first time since 1978 with a 1-0 loss to Ghana in their Group D opener in Port-Gentil.

The game's decisive moment arrived in the first half when Isaac Isinde fouled Asamoah Gyan in the box. Andre Ayew duly converted the penalty to see the Black Stars to victory.

"In 39 years we have not been there and in the first half we had an element of stage fright," admitted 'Micho'.

"We paid dearly for the mistake [which gave away the penalty] that is hard to explain. The experience of a great player allowed him to intercept and win the penalty that Ayew converted.

"At half-time we were fully aware that we are on the big stage. It needed man management and awakening of every player, injecting belief that we can play.

"We risked everything at the end but unfortunately it didn't come our way."

He added: "I believe our team has seen that our level of fitness acquired in preparation is enough for this competition but there are other aspects we need to correct."