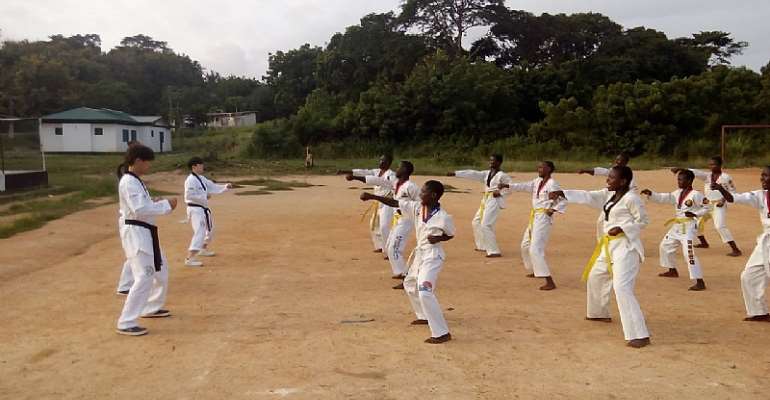 The 8th Korean Cup championship comes off at the Sports Hall of the Accra Stadium.

The Korean Cup which is the flagship championship of the Federation will be held on Friday and Saturday, January 13 and 14, 2017.

Practitioners from 17 years and above within and outside Ghana will compete for laurels.

It will also include Para-Taekwondo competition for the second time and it is expected to pull some attraction.

Adnan Odartey an official of the GTF said he expects to see more foreign participants this year.

"You know, the Korean Cup is our flagship championship and we expect a lot of people from all over the country to come. We also have the Para-Taekwondo, that's people with disability, normally in the upper limb. And this is the second time the people with disabilities are participating in the Korean cup. So it is going to be grand and it is going to be the biggest championship ever. Significantly this year, the number of foreign participants will be high, I mean participants from neighboring countries including Ivory Coast, Togo, Niger and Nigeria. " Public relations Officer of the Ghana Taekwondo Federation, Adnan Odartey Lamptey revealed

The Taekwondo Federation started the busy week with a Poomsae referee course which ended on Wednesday, January 11 at the same venue. 25 participants were taken through the various stages in Poomsae contest.