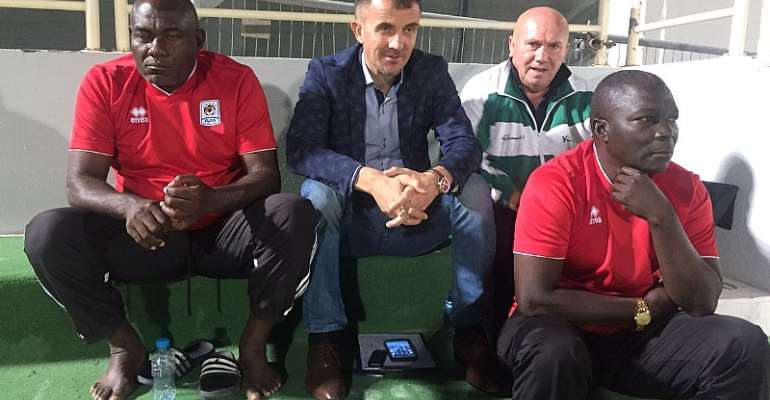 Grant crashed on to the Serbian trainer after he was captured sitting and watching the Black Stars game against Buyondkor in Al Ain.

But Milutin "Micho" Sredojevic has in what is a developing cold war responded.

''I have never claimed to know everything about the Black Stars,' Micho responded

'I have never seen your team live except for direct matches and for me its total nonsense that you call it spying.'