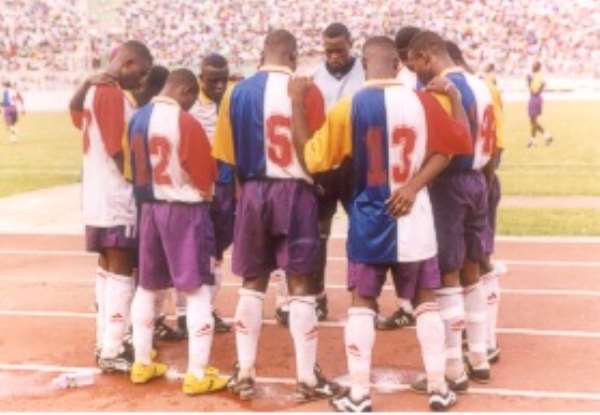 Accra Hearts of Oak are hoping to have Nigeria's Dolphin FC thrown out of the Caf Champions League by Caf after they played the first leg of their second round tie in Port Harcourt under protest. The Ghanaian representatives claim that Dolphin striker Endurance Idahor was not eligible to play the match because his license arrived late. The Ghanaians have filed a formal protest to CAF and told KICK OFF they expect to have the tie awarded to them despite losing 4-0. But their claims were laughed off by NFA official Bola Oyeyode who told KICK OFF that the player's documentation was in order. "His license did not arrive from Caf on time, that is why it was not laminated like the others," he told KICK OFF. "But we have a letter from Caf which gives us permission to go ahead and use the player. So they don't have a case. If Caf did not give us the go ahead we would not have allowed him to be used." Idahor was not involved in the earlier round when Dolphin overcame Renaciemiento of Equatorial Guinea for the same reason.