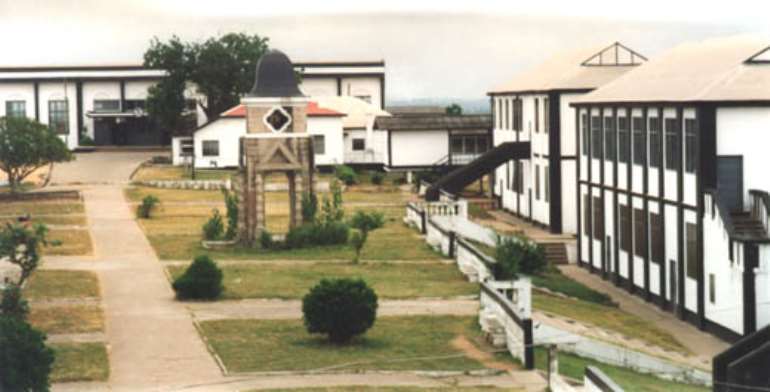 Cape Coast, Mar.5, GNA - Adisadel College bagged 93 points to lift the trophy in the 15th Central Regional Schools and Colleges Super-Zonal Athletics competition held at the Adisadel sports oval on Friday. Mfantsipim Secondary School placed second with 89 points, Apam Secondary School third with 66 points and Cape Coast Technical Institute fourth with 58 points. Agona Swedru Secondary School took the fifth position with 34 and half points, St Augustine's College came sixth with 32 and half points with Boa Amponsem Secondary School coming seventh with 32 points. In the Girls division, Apam Secondary took the championship trophy with 90 points followed by Wesley Girls High School with 86 points with Holy Child placing third with 71 points while Potsin Ahmadiyaa Secondary School came fourth with 33 and a half points.
Swedru Secondary School took the fifth position with 32 points, Boa Amponsem Secondary was sixth with 26 points while Obrachire Secondary School came seventh with 25 points.
In the Boys category, Stephen Gyamfi of Apam Secondary and Stephen Teti of Mfantsipim Secondary School were declared the best athletes. Gyamfi came first in the 400 metres, 200 metres and led his school's quartet to place first in 4x400 metres relay while Teti also came first in the shot putt and Javelin events.
Faustina Yankson of Apam Secondary was declared the best athlete in the Girls division.
She came first in the 800 metres, 300 metres and 1,500 metres. Mrs Justina Torjagbo, the Regional Director of Education in her closing remarks asked those to be selected to form the regional team to train hard to be disciplined and punctual during their training. She said the Regional Directorate of Education will encourage the team to bring more trophies and recalled that at the basic schools festival at Bolgatanga, the team made the Region proud by excelling in their events and collected many trophies.
A total of 54 schools took part in the two-day competition. 5 Mar. 05