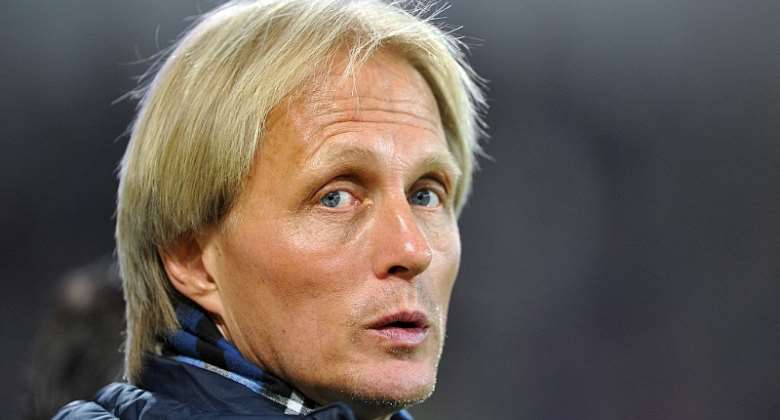 The Ghana Football Association is close to concluding talks with North Korea coach Jorn Andersen to replace Avram Grant as Ghana head coach, according to his agent Sofian Soltani.

The former Norway international could replace the under-fire Israeli gaffer as his Black Stars side geared off to a false start to the 2018 FIFA World Cup qualifier.

Grant has come under intensed public scrutiny in Ghana but the Ghana Football Association has expressed backing for the former Chelsea manager.

Grant is contracted to Ghana until next February, approximately at the end of the 2017 AFCON in Gabon.

The Ghana FA would have to cough up to $300,000 in compensation to the former West Ham United boss if they are to prematurely terminate the running contract.

Despite the unlikely circumstances due the current fracas between and the Ghana FA and the Ghanaian Sports Ministry, Sofian has claimed his client would replace Grant.

"Jorn Anderson is going to become the new Ghana head coach but it would take a while because Grant is asking for big money," he told Ghanasoccernet.com in an exclusive chat.

A former Norwegian international Andersen played as a striker for Hamburg, Nurnberg and Eintracht Frankfurt, scoring over 190 league goals during his career spell.