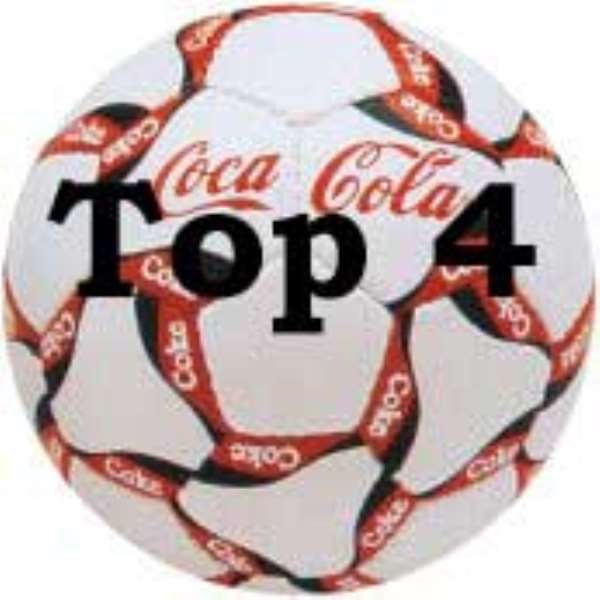 .... to roar towards photo finish Accra, Feb 24, GNA - Kpando Heart of Lions roared loud to send the Coca Cola Top Four tournament into a photo finish when they recorded a goal in each half in their outstanding match against Real Tamale United (RTU) at the Ohene Djan Sports Stadium in Accra on Wednesday.

Lions with their goals scored by Abraham Annang and Sibah Ali Tahiru, the skipper of the side who eventually became the winner of the Most Valuable Player (MVP) award thus join King Faisal and Accra Hearts of Oak on eight points apiece at the top of the four-team table. Even though the visitors beamed with understandable optimism prior to the game as a result to their 1-0 shocking victory over Faisal in their last game and exhibited strong signals to carry on with their threats, inaccuracy upfront became their bane all afternoon. The Alhassan Weah-led attack could not translate their early dominance into goals and allowed their opponents to gradually warm themselves into the game.

And when the Lions finally settled down, they played as if they were possessed with such zeal that when hardworking Bob Zeo missed target narrowly after he was gifted with a glaring chance, many expected the goals as a matter of course.

Annang finally shot the Lions ahead with only four minutes to the recess with a grounder, as a result of a Sadat Bukari set up through Zeo's creation.

RTU resumed the second session with renewed strength but lacked what it takes to find the equalizer only to allow Tahiru an opportunity to consolidate his side's lead from the spot when Annang was brought sprawling in the visitors penalty box in 65th minute.