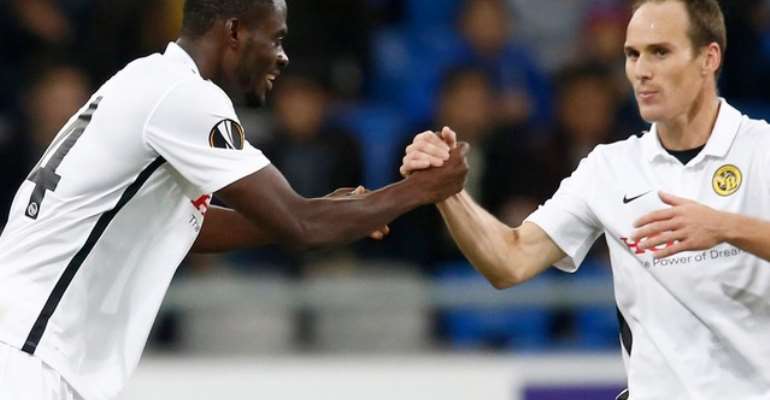 Young Boys Bern manager Adi Hutter is delighted with the commanding presence of Ghanaian youngster Kasim Nuhu in his defensive set up.

And, manager Hutter has praised the Ghanaian youngster for his performance after handing him a start ahead of experienced players in his defensive department.

"It was difficult decision to start him ahead but he is a massive, powerful, strong-minded defender. He fits so well to Astana striker Junior Kabananga. In addition, he left a good impression in training," the Austrian gaffer said of the Ghanaian.

Young Boys signed Nuhu on a two-season loan deal from Spanish side Real Mallorca and is tipped to follow in the foot step of former Ghana international Godfred Aduobe at the club.

Nuhu moved to Europe as a 17-year-old, joining Spanish side Leganese.