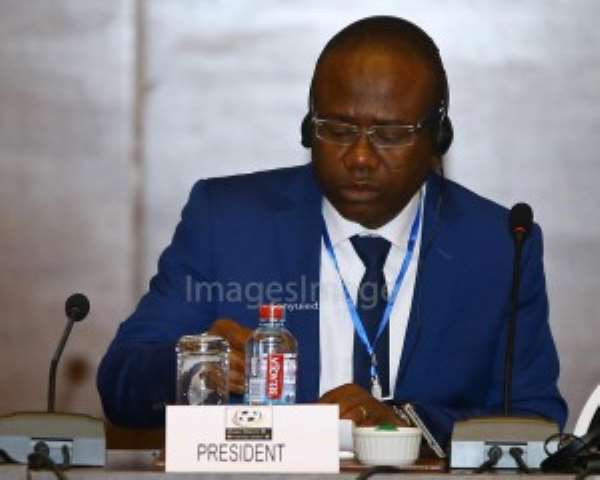 
Former Ghana FA chairman Dr Nyaho Tamakloe does not want Kwesi Nyantakyi to be stampeded into relinquishing his post following his recent appointment onto the CAF Executive Council.

But the outspoken Hearts of Oak board member has warned against putting undue pressure on the CAF Executive committee member.

'I have known Kwesi Nyantakyi to be a hard working person and as results of that, I relinquished my position as the chairman of the Black Stars committee and I asked him to take over. He is a very competent person and he has done very well to rise up the flag of Africa high in FIFA.," he is quoted by Joy FM.

'I don't agree with people calling on him [Kwesi Nyantakyi] to relinquish his position as the GFA president because we are found of creating constitution for ourselves in this country.'

'We are now dealing with international bodies and there is nowhere in our constitution here in Ghana or at the FA in particular, that states when a person is elected democratically and he get to a higher position, he has to relinquish any position that he is holding neither is there any regulation in FIFA's rule that will ask Kwesi to quit as the president of the GFA.

'If Kwesi chooses to step down, then that is his own decision but nobody can force him out as the president of the Ghana Football Association.' He added.

Nyantakyi tallied 31 votes to beat his closest challenger Ahmad of Madagascar to clinch the seat at CAF's Extra Ordinary Congress on Thursday.