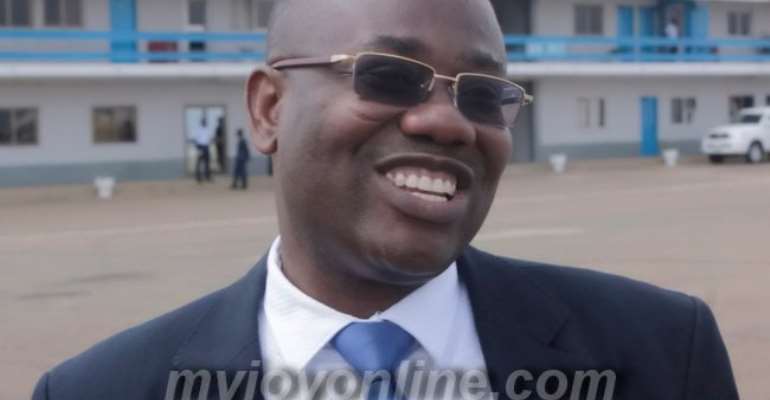 Hours after news filtered in that GFA boss Kwesi Nyantakyi had won a place on the influential Fifa Council on Thursday, JoyNews reporters his the streets of Accra to gauge public opinion.

The notions that came forth from the populace were not pretty.

The vast majority of those interviewed acknowledged that though it was good to have a Ghanaian at the highest echelons of world football, they did not have confidence in the ability of the GFA boss to make his elevation count for local football.

Interviewee after interviewee based this assertion on the notion that football administrators the world over think only of themselves, and not their constituents.

And can you blame them?
Former FIFA chief Sepp Blatter and suspended UEFA boss Michel Platini were banned from all football activity over a conflict of interest in a 2 million Swiss franc (£1.35 million) payment deal made to Platini that is also the subject of a criminal investigation in Switzerland. They have also been suspended each for six years.

The FBI's wave after wave of prosecution of major football stakeholders in the past year has muddied the integrity of the sport in the eyes of the global public and perception is at an all-time low.

The bad headlines that have trailed this GFA administration, especially after the Brazil 2014 World Cup fiasco, have not helped matters either.

WHAT CAN NYANTAKYI DO?
The Fifa Council is a non-executive, supervisory and strategic body that sets the vision for Fifa and global football. This means that Nyantakyi effectively decides the future of world football.

For Ghanaians, there is an expectation that such a strategic position will mean lobbying influential football personalities to make decisions that will help the game in Ghana in areas such as infrastructure, training, capacity building in modern football trends as well as best practises.

The Ghana Premier League, long seen as the weakest link in Nyantakyi's otherwise decent list of achievements, will be expected to also benefit from his position. It is true that provision of pitches is not the job of the FA, but surely with his elevation to such a position, getting contacts and links to investors should be easier.

The rampant allegations of match-fixing in the local game, although mostly unproven, need an urgent look. Whatever security measures and expertise Nyantakyi will need to decisively deal with the canker must be explored ruthlessly. We cannot have weekly reports of players on tape admitting compromise, clubs caught on video striking deals and so without expecting public confidence in the GPL as a product to wane.

And when it comes to the Black Stars, this is the time Nyantakyi must take a bold step to reach out to the general public once and for all to heal the rift that is threatening the progress of the team.

Let's face it: Ghanaians have generally lost the love for the team, and as the biggest football brand in the country, that cannot be good news. Same goes for the seeming neglect of the other national teams at the expense of the senior male team - equal attention must be given them.

In short, Ghanaians expect the new Fifa Council member to use his increasing power and networks at the global level to push the Ghanaian agenda, if his legacy at the best GFA boss ever to grace the shores of Ghana is to be bolstered in a positive way.

NEWS VIDEO
JoyNews spoke to Francis Gaitho, a keen football industry watcher based in Nairobi, about the endemic corruption in the African game. He argues that Ghanaians should not be excited that Nyantakyi has been elevated to the Fifa Council because the administrator - like all football officials in Africa, in his view -will only advance his own interests.

ALSO READ: How Nyantakyi got a place on the Fifa Council