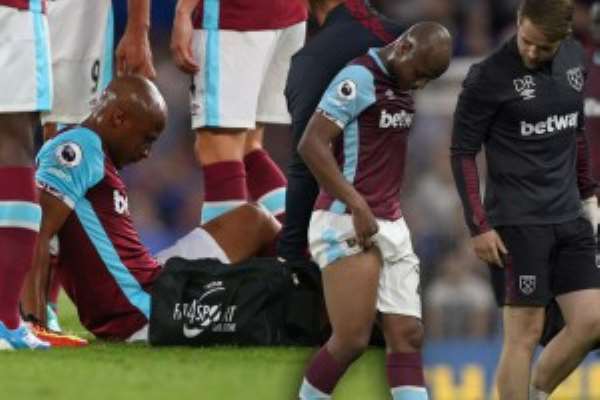 
Crocked Ghana midfielder Andre Ayew is expected to be fit for his country's 2018 World Cup mouth-watering qualifier against Egypt on November 13.

Ayew, who plays for English side West Ham United, is progressing well from a serious thigh injury he picked up during his side's Premier League opener at Chelsea.

The former Marseille star has been ruled out of the opening group clash against Uganda in Tamale on October 7.

But the Ghana international has started running again with the club confirming he will start training with the side's Under-23 team.

The latest situation bodes well for Ghana as he may recover fully in time ahead of the crucial tie against the Pharaohs.

Ayew will be key for the Black Stars as the West Africans will rely on him heavily to scale the hurdle in Alexandria.

The Pharaoahs will be looking to revenge for their loss against Ghana in 2013, when they failed to qualify for the 2014 World Cup after losing 7-3 on aggregate to the Black Stars in the final round of the qualifiers.

The winners of each of the five groups will advance to represent Africa in the 2018 FIFA World Cup in Russia.

Radio Gold, XYZ, others yet to receive re-authorization lett...
30 minutes ago