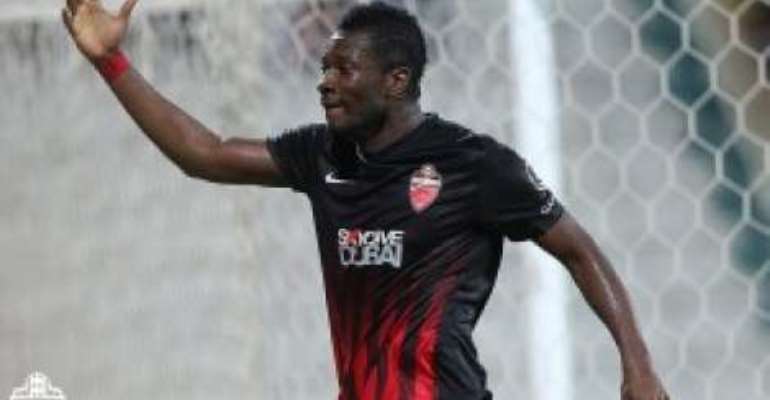 Brazilian Henrique Luvannor broke the deadlock of the game in the 4th minute, before Rodrigo Lima restored parity for Al Ahli from the spot-kick in the 17th minute.

Gyan put fired the visitors ahead in the 35th minute when he found the net off a neat overhead pass from Everton Ribeiro.

Luvannor netted his second just past the hour mark. When it looked like the game was heading for a draw, Gyan rose above the opposition defence to head in a corner for his team to return with all three points.

The two goals have increased the former Al Ain's tally to four goals since joining Al Ahli on loan this season from Shanghai SIPG.