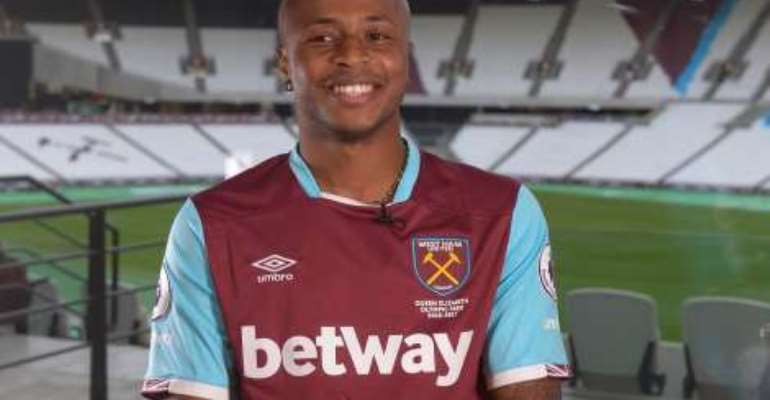 Betway sponsored English Premier League club, West Ham, will be in Ghana for two days come October 2016. West Ham FC officials will share their expertise with 20 Ghana Premier League coaches in a workshop at the Alisa Hotel in Accra on the 6th of October 2016, where they will be exposed to some modern football trends. This will be preceded by a sports clinic at the Lizzy Sports Complex in East Legon on the 5 of October, where coaches and footballers will be taken through practical fundamentals of football.

In collaboration with their sponsor Betway, which recently launched in Ghana, West Ham is visiting the country to also demonstrate solidarity to their Ghanaian fan base and establish a strong foothold in the minds and hearts of its Ghanaian supporters. This is part of its outreach programme to Africa.

The unique initiative is the first of many stakeholder engagements that Betway Ghana will undertake. The partnership between Betway and West Ham puts them in a unique position to contribute tremendously to the area of football, in the country.

At the centre of this historic visit to Ghana is the appearance of one of the club's newest players, Ghanaian international and Under-20 world cup winning Captain Andre Dede Ayew. This up-and-coming superstar will spend time with a cross-section of his fans at the Betway Store in Adabraka and at the Accra Mall on the 5 and 6 of October, respectively. Fans will get the opportunity to take photographs with him and get his autograph. West Ham fans will also receive coveted prizes from their sports idol and stand the chance to win an ultimate prize.

The Betway sponsored team will be in the country for two days. The programme is the first of many projects the sports betting brand and their partner will be rolling out in the Ghanaian Market.

International online bookmaker Betway and West Ham recently extended their partnership in what has been described as the biggest sponsorship deal in the club's history. The agreement, believed to be worth in excess of £10million per annum, represents a significant upgrade on the previous £6m deal with the bookmakers.

The deal is the seventh biggest in the English Premier League and places West Ham ahead of the likes of Southampton and Sunderland.