In Memoriam: The tale of Kwame Nkrumah and Real Madrid 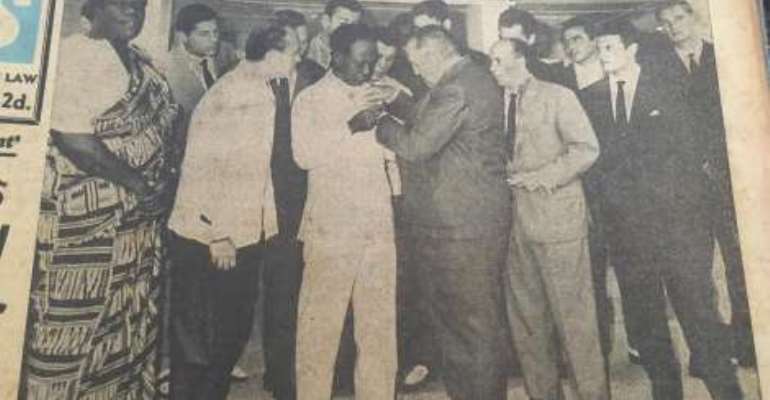 He remembers it so well. How he got to the front of the Accra Sports Stadium after a long, tiring ride from Kumasi. How he saw the security man who barked that he stopped in his tracks.

It was August 19, 1962.
'Where is your ticket,' the security man gruffly demanded of Dogo Moro.

Moro was disappointed. Inside the stadium, his teammates, the best footballers in Ghana, were warming up, about to play what was going to be the biggest game in the country's football history. Yet here he was, a star of the team, struggling to be recognized at the box office.

But the disappointment would only prove fleeting. The fans, who knew who he was, who adored him, would come to his rescue.

Dogo Moro then joined the loud crowd into the stadium, where close to 30,000 others had consumed the stands with their presence, hijacked the atmosphere with roistering.

The Blacks Stars of Ghana were about to play the biggest team in the world.

Real Madrid were in town.
The highly rated Dogo Moro, who had been a part of the national team since 1958, had been banished from the team because he had betrayed Ohene Djan, Ghana's powerful Director of Sports.

The back story ran deep.

Black Stars player Dogo Moro in a handshake before the game