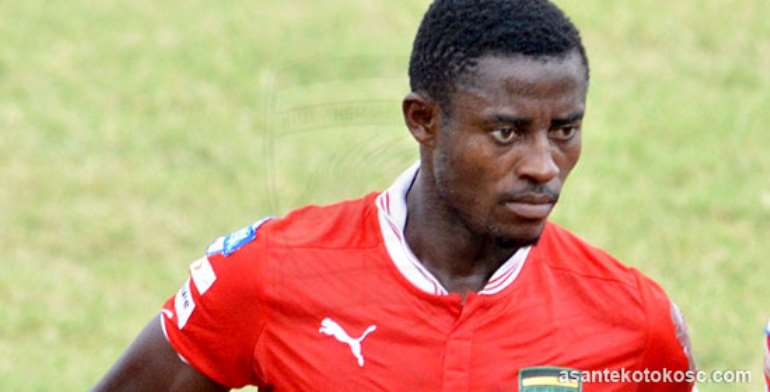 Asante Kotoko defender Ahmed Adams says he is disappointed the Porcupine Warriors failed to win the League and is hoping they can improve on their position next season.

The Porcupine Warriors finished 5th in the League this season the worse they have in the last three years.

'A team like Kotoko doesn't deserved to be out of the top four clubs. It is very disappointing,' he added.

Adams who was influential for Kotoko in the first half of the season lost his position in the second half, and the former Black Meteors guardsman has explained the reason behind that, he said:

'After match day 22 I got injured and I was at the treatment room but I failed to recover in time. So I'm still nursing that injury so that next season I can start the season very strongly,' he concluded.