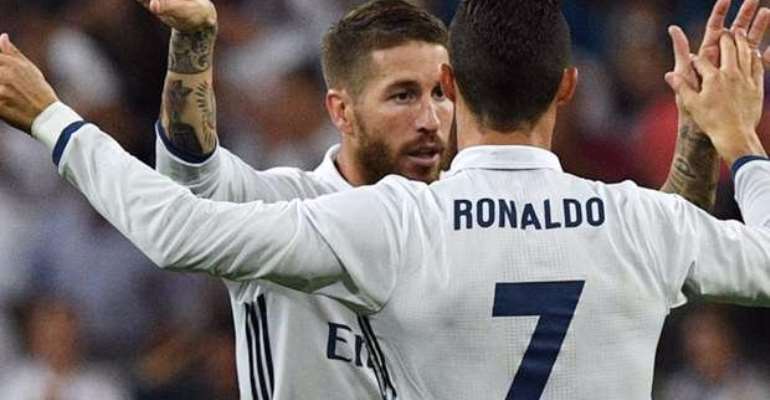 The 2016-17 UEFA Champions League resumes this week with Matchday 2 of the group stage.

Here’re a few predictions below for selected games…

LEICESTER CITY vs. PORTO
Leicester City’s Champions League campaign got off to a strong start at Club Brugge on Matchday 1. However, their two games against Porto should be the toughest for the Premier League winners, especially after the Portuguese side drew with Copenhagen in its opener.

Leicester’s defence will face a stern challenge from Porto’s dynamic attack, with Otavio and Andre Silva leading the way. The former is the team’s best playmaker, while Silva—widely regarded as Portugal’s next great forward—has recorded six goals and one assist in nine appearances across all competitions this season.

Robert Huth and Wes Morgan are not the fastest, so if Daniel Amartey does not help his defenders in shutting down both players, it could be an uphill battle for the English champions. Thankfully for the hosts, Islam Slimani has already settled in with his new team, and he’s scored six goals in eight appearances against the Dragons as a member of Sporting CP.

Prediction: Porto wins 2-1.
BORUSSIA DORTMUND vs. REAL MADRID
With so many top quality games on Matchday 2 of the Champions League, it is hard to pick THE game to watch. For me, Borussia Dortmund is quickly becoming the most watchable team in Europe, especially at home, which makes this tie against Real Madrid the game of the week.

In three Bundesliga matches at home, Dortmund has score 11 goals. They opened their Champions League campaign with six against Legia Warsaw in Poland. This is a team to be feared. The question is will Real Madrid show Dortmund proper respect? Zinedine Zidane’s team can be a bit reckless at times. That can make for fun viewing, but dangerous. The Galacticos need to be cautious in their approach to this match, or they will get burned.

Prediction: Borussia Dortmund wins 3-2.
ARSENAL vs. BASEL
Quietly, Arsenal have emerged from their much ballyhooed slow summer in the transfer market and stuttering start to the season, and have put together a strong run. The Gunners are unbeaten since their opening day defeat to Liverpool, and since that 1-1 draw with PSG to begin their Champions League campaign they have won three straight matches, scoring 11 goals along the way.

Saturday's superb win against Chelsea was one of the club’s more impressive performances in recent years, and considering they have already travelled to Paris, suddenly Arsenal must be feeling very good about their Champions League campaign.

Basel is fine with that—they love to shock English teams, and have won 11 of 12 games so far this season. A draw with Ludogorets was their one blemish, a result that makes getting something from Arsenal even more important. Sadly, they are running into an Arsenal team that is in the midst of its annual "lure the fans back on side" stretch of their season.

Prediction: Arsenal wins 3-0.
ATLETICO MADRID vs. BAYERN MUNICH
These sides meet again just five months after Atleti overcame the Bavarian giants on away goals in the semifinals of last season’s tournament. If you think that loss doesn’t serve as motivation for Bayern, think again.

"We have to eradicate the pain of that defeat," Bayern Munich midfielder Arturo Vidal said. "We badly wanted to reach the final, but Atletico were more efficient in front of goal. We have plenty to rectify."

This should be a titanic tussle between two evenly matched heavyweights. Bayern has won all eight of its competitive games this season, but Atletico has won 25 of their last 30 European matches at the Vicente Calderon, losing just twice.

Defender Mats Hummels is expected to make the trip to Madrid after resuming training on Monday after picking up a knee injury in Bundesliga play on Saturday. Midfielder Augusto Fernandez and defender Jose Gimenez suffered leg injuries on the weekend in La Liga and are not expected to be available for Wednesday’s contest.

He suggests Leverkusen may upset Barca, PSV to scare Atleti and Bayern, and some fun facts about Benfica/Besiktas as well as a word on Dortmund v Real Madrid. Hosted by Gary Al-Smith.

Mahama becoming President again is one of the greatest calam...
42 minutes ago

What Shatta Wale did was childish and stupid — Nii Ayitey An...
50 minutes ago