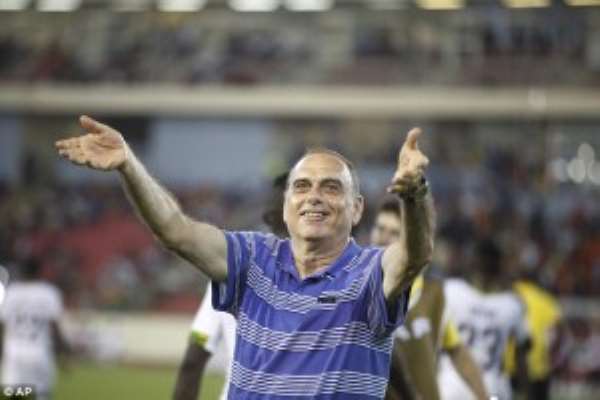 
Black Stars coach Avram Grant has submitted his squad for his team's double-header against Uganda and South Africa next month.

The Black Stars management committee has ratified the squad expected to be announced this week.

The Ghanaians will take on Uganda in a 2018 World Cup qualifier in Tamale on October 7 before playing South Africa in a high-profile friendly four days later in Durban.

And the vice-president of the Ghana FA George Afriyie has confirmed the 61-year-old has submitted his final squad for the double-decker.

"Yes I can confirm to you that he (Grant) has submitted his squad," he told Kumasi-based Angel FM

"The management committee has met and deliberated on it.

"It's now left with the deputy general secretary in charge of communication to release it. I even sure it could be out tomorrow (Tuesday)."