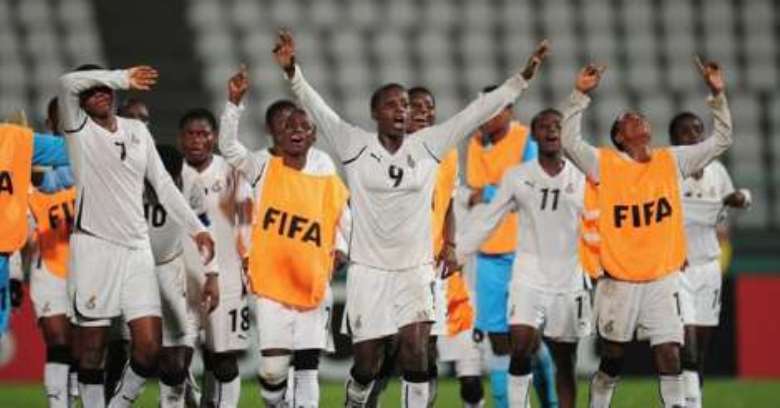 On 26th September, 2012 Ghana Black Maidens slaughtered Uruguay by 5-0 in their second Group D match at the FIFA Under-17 Women's World Cup

An excellent brace from captain from Priscilla Okyere and a goal each from Janet Ayiayem, Alberta Ahialey and Fatima Alhassan crushed their group D opponents in the ongoing World Cup Azerbaijan.

Striker Jane opened scoring in the 8th minute through a header from Sherifatu's corner. Proceedings balanced till in the 24th minute when Priscilla Okyere headed home from the edge of the box for the scoreline to stay 2-0

Maidens made it three on the stroke of half-time when Regina Antwi's ball found Alberta Ahialey on the edge of the box. Uruguay's goalie Anabel Ubal rushed off her line to claim the ball from Ahialey's feet, but the ball slipped from her grasp and the striker was handed a simple opportunity to score.

Two goals in as many minutes completed the rout in the second half against a tiring Uruguay. Fatima Alhassan made it four in the 78th minute and 60 seconds later Okyere scored her second of the game.

Ghana will now be hoping for a positive result from their final game against China in Baku on Sunday to ensure their progression to the last eight.