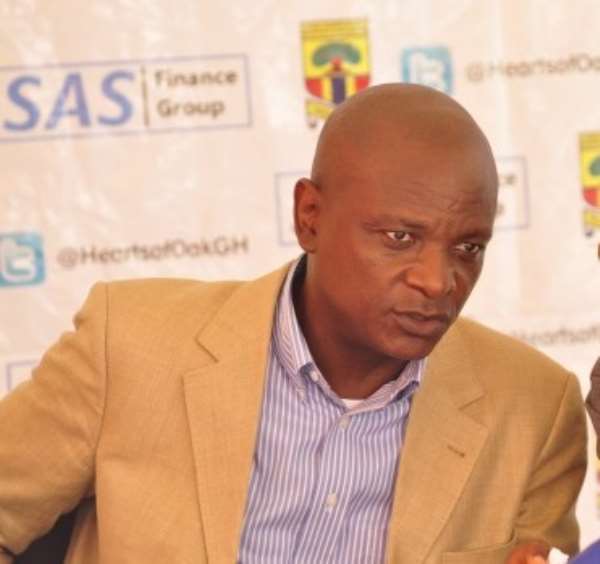 Acting Managing Director of Accra Hearts of Oak Vincent Odotei-Sowah has warned the teaming fans of the club to be wary of the consistent calls for Togbe to leave the club insisting the club will collapse without the Paramount Chief of Asogli.

Hearts have been moving from bad to worse each season since Togbe became the board chairman about six years ago compelling most of the fans to call for his head but the former King Faisal CEO says Togbes's absence will be disastrous for the club.

"Let me warn Hearts fans that Togbe is saving the club big time and his absence will be disastrous for the club. If Togbe had not come on board, Hearts could have been in bigger problems,"Odotei-Sowah told Boss FM.

"All Hearts fans must listen to me well. If they make a mistake and Togbe vacates the team, the club will be in a mess and collapse eventually," he added.