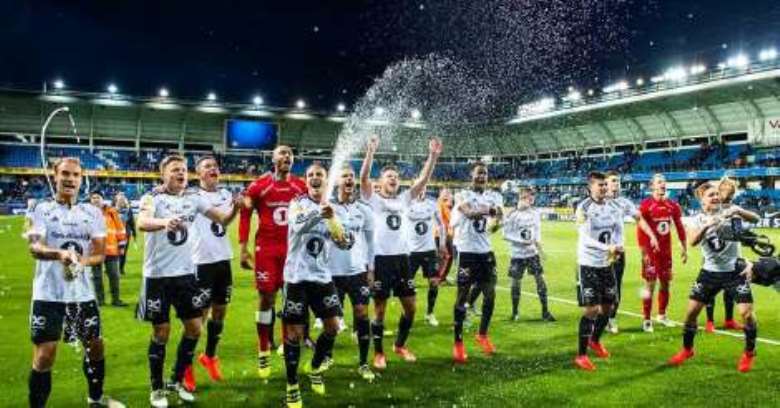 Kwarasey and his team needed just a draw to secure the league title in their game against Molde.

Home team Molde started the game on the high foot scoring the first goal on the half hour mark but Rosenborg came back to score three goals to secure a 3-1 win as they were crowned champions of Norway. READ ALSO:  Angry Drogba clashes with fan in New York

The 28-year-old goalkeeper in his last full season in the MLS won the Major League Soccer Cup with his former club.

Kwarasey and his team will take on Bodo/Glimt in the semi-final of the Norwegian Cup as they seek to book a final game with either Stroemsgodset [Kwarasey's former club] or Kongsvinger for a league and cup double.