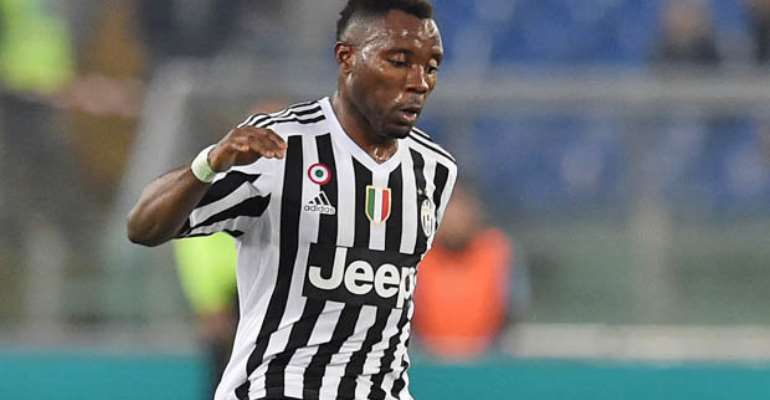 Ghana suffered a huge blow on Sunday when their key midfielder Kwadwo Asamoah was ruled out of the key 2018 World Cup qualifiers against Uganda and Egypt.

The Juventus player was ruled out of action for six weeks by the Italian giants on Sunday, following Saturday's injury during their Serie A game.

The Kumasi-born player will undergo surgery on the injury he suffered during Saturday's 1-0 away win over Palermo.

His absence for six weeks means he will not available for the Black Stars when they take on Uganda in their opening qualifier in two weeks.

Asamoah will also not be fit for the away clash with Egypt in Alexandria which is blow for the Black Stars in the crucial away game.

"The extent of the injuries sustained by Daniele Rugani and Kwadwo Asamoah were clarified following medical examinations today," a statement from Juventus read on Sunday.

"The tests revealed that Asamoah has ruptured the meniscus cartilage, while Rugani has strained the lateral collateral ligament, both in the right knee.

"The former is expected to undergo surgery with both players anticipated to return within around 45 days."

Ghana coach Avram Grant was planning to line up the energetic midfielder for a Black Stars return following his return to full fitness and earning regular playing time for Max Allegri's side.