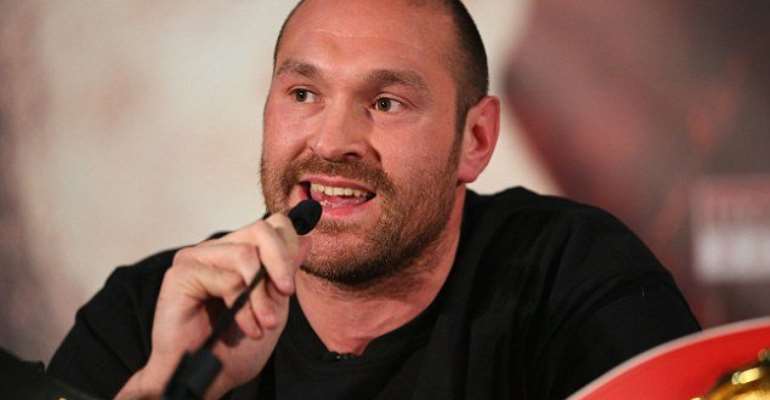 Tyson Fury pulled out of his world heavyweight title rematch with Wladimir Klitschko because he has mental health problems.

Fury postponed his October 29 date with Klitschko at Manchester Arena on Friday night with his promoter citing that the WBA Super and WBO champ is "medically unfit to fight".

No specific condition has been confirmed, but it is understood Fury has suffered a recurrence of his mental health problems.

Fury, 28, has spoken before about his battle with depression, admitting he has had suicidal thoughts, and it is believed he has checked into a clinic for treatment.

Fury's team sent Klitschko's camp a letter from his doctor stating that he had mental health issues and that he could not say when the Traveller may be fit again to fight.

Although sympathetic to Fury's condition, Klitschko is growing tired of his withdrawals and he pulled out of the original July 9 date because of an ankle injury.

Fury also failed to attend a press conference in London earlier this month to promote their rematch and it is already 10 months since their first fight in Dusselfdorf.

Fury faces the real danger of being stripped of his belts and Klitschko's manager Bernd Boente called on the WBA and WBO to act, claiming the Ukrainian is ready to fight.

"Wladimir is being held hostage by this guy. He wants to fight, he trains, and now the first fight is almost a year ago.

"It's up to the governing bodies to make a decision regarding the titles, but that is not in our hands. We hope Wladimir can fight again soon."

Fury's promoter Mick Hennessy claimed in a statement that the champion has been told he cannot fight.

"Tyson has, this week, been declared medically unfit to fight," said Hennessy. "Medical specialists have advised that the condition is too severe to allow him to participate in the rematch and that he will

require treatment before going back into the ring.
"We will be making a further statement in due course. Until then, we ask that Tyson and his family be given the privacy and the space he needs to recover during this difficult time."

There are growing concerns that the unbeaten Fury may not fight again and his UK Anti-Doping hearing is on November 4.

Fury tested positive for the banned substance nandrolone last year and faces a ban if found guilty of his doping charge.