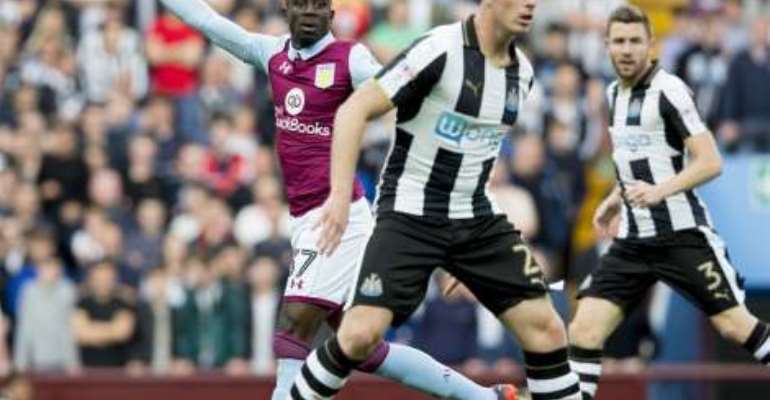 Aaron Tshibola claimed a hard-fought point for Villa from a 1-1 draw with an 88th-minute header.

Tommy Elphick had given United a first-half lead with an own goal, and Rafa Benitez's side looked to be heading for a victory at Villa Park.

But Tshibola rose to head a cross from Jordan Ayew past Matz Sels in the dying minutes to the frustration of Benitez and the club's 2,800 travelling fans. READ ALSO: Daniel Amartey assists a goal in Leicester City's 1-­ 4 defeat to Man United