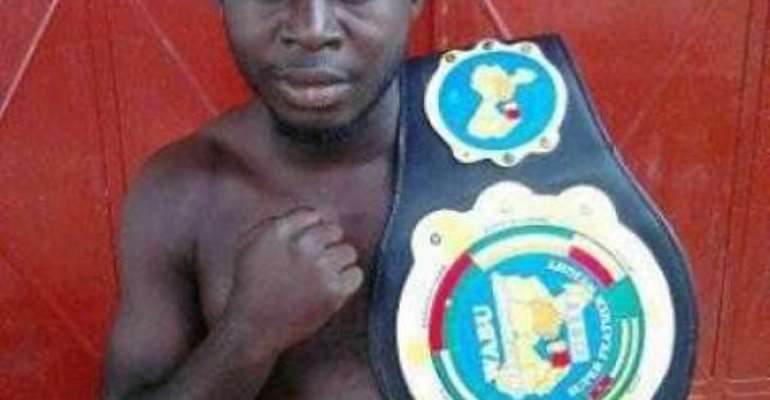 Accra-based businessman and boxing enthusiast, David Azumah has warned anybody who claims to be working with Emmanuel Quartey AKA Akufo Addo behind his back to desist with immediate effect because he is still the manager of the boxer he has nurtured since amateur days.

Azumah says he still takes care of the weekly allowance and other responsibilities of the boxer he has a contract with dating back to March 9, 2011, which was sanctioned by the Ghana Boxing Authority (GBA)

And he is saddened by rumours that the boxer is working with a new management who have arranged a fight for him in the USA next week.

Highly rated Quartey (20-2, 19 KOs) is billed to take on 24-year-old Mexican, Hanzel Martinez (23-2, 18 KOs) for the WBA International super bantamweight title next Friday, September 30 in Las Vegas but Azumah says he knows nothing about that. Meanwhile, he has already secured a shot at the Commonwealth super bantamweight belt against current champ, Gamal Yafai in the UK on December 3.

'He is my boxer who I still take care of week in, week out and I want to make it clear that I've not signed him off to anyone. I took him and looked after him since his amateur days, and I paid everything for him to become a professional,' David Azumah said.

'I pay his coach, and even the boxer comes to me every week for his allowance and many other amenities I spend money on for him. It's not everything that I can tell you, but even now he just sent me a voice message that he will be coming to see me this evening, meaning only one thing; he's coming for money,' Azumah disclosed on Friday afternoon.

'The right thing anybody interested in working with the boxer has to do is to contact me, let's sit down and discuss a deal. I've spent a lot of money on the boxer, and I'm still spending every week, so I'm humbly warning anybody holding himself as Akufo Addo's manager to stop,' the Accra-based boxing investor explained.

David Azumah added: 'I have seen posters of a bout he is supposed to fight in the US next week, I will stop him from going because I don't know anything about it. We have already got him a date for the Commonwealth title in Birmingham in December, and that's what I'm preparing towards.'