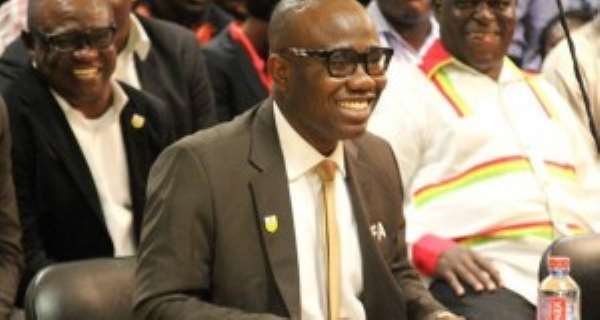 
Ghana FA boss Kwesi Nyantakyi insists the just ended 2015/16 Ghana Premier League campaign is the most competitive and attractive in the country's history.

Wa All Stars defied the odds to clinch their crown for the first time in the club's history and further weakened the duopoly of Kotoko and Hearts.

Amidst the backlash of the lack of sponsorship for the country's top-tier league, Ghana FA chief Kwesi Nyantakyi insists the recent concluded season is the most attractive he has ever witnessed in the country.

'The season went well], and it's one of the most attractive league season I have ever witnessed in Ghana. The competition and performance of clubs were at its peak, and until the last round of matches to decide clubs heading for relegation,' Nyantakyi told Angel FM.

'The standard has also risen so high. All due to interventions and courses the FA undertook for the clubs such as marketing and event management courses. All these have helped in raising the standard very high.

'The league is ranked very high. Apart from the Super Sports deal, we were not able to secure a title sponsor but that will be dealt with next season.'

What are 'Blue Kiosks' doing at lorry stations if not carele...
56 minutes ago

Asiedu Nketia, Jean Mensa, others to be cross-examined in Te...
56 minutes ago