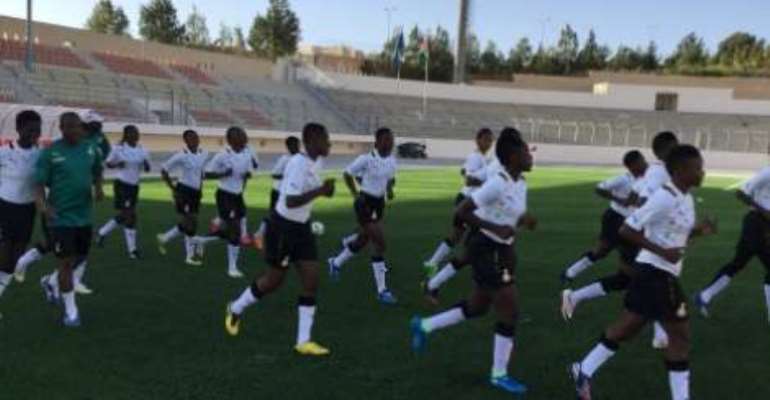 The Black Maidens had two training sessions on Thursday as they step up preparations for the 2016 FIFA World Cup to be staged in Jordan from September 30-October 21.

The national female U-17 team arrived in Amman, Jordan on Wednesday and moved straight into training mood on Thursday with a morning and afternoon session.

Coach Evans Adotey and his assistant Ben Fukuo took all 21 players through some training drills after an extensive warm up session.

After some hours of rest, the team returned to their training grounds where the coaches switched to some practical and tactical work.

The Ghanaian delegation then went to watch a friendly game between the tournament's hosts Jordan and the female Brazil U-17 team as the two teams also prepare for the start of the competition next year.

Mr. Augustine Asante, Chairman of the management committee and leader of delegation was full of confidence that the team will do better than the 2014 edition when they were eliminated in the quarter-final stage by Italy.

Speaking to Ghanafa.org after the training session, Mr. Asante stated that: 'We are here earlier to prepare because it's our aim to improve on our performance in the previous year'.

He further added that the Black Maidens has what it takes to advance from the group stage and even win the competition for the first time.

The Black Maidens are in Group D, a group that includes defending Champions Japan, USA and Paraguay.