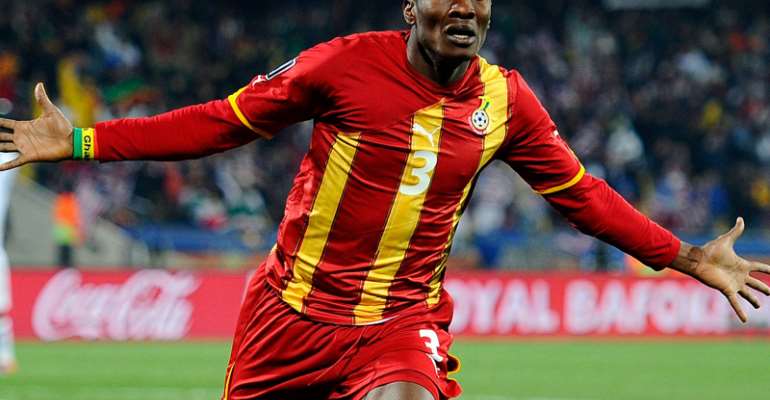 Ghana captain Asamoah Gyan has pleaded with fans to patronize their opening 2018 FIFA World Cup qualifier against Uganda at home.

Crowds for the senior national team matches have dropped after the bizarre 2014 World Cup campaign in Brazil where players threatened to boycott their final Group match against Portugal if their appearance fees and bonuses were not paid.

As a result, authorities have moved the qualifier to Tamale which hosted their 2015 Africa Cup of Nations qualifier against Togo in November 2014.

"What I will plead with Ghanaians is that whatever is happening in the country now, they should put them behind and attend the stadium when the Black Stars are playing. The last game I witnessed, the attendance was very poor," he told Angel FM.

"It isn't like few years back when you coming for national team assignments the stadium shouts for you to know everything is going well. The attendance in recent games in very appalling."

Ghana host Uganda at the Tamale stadium on 07 October in Group E.