Messi ruled out for three weeks 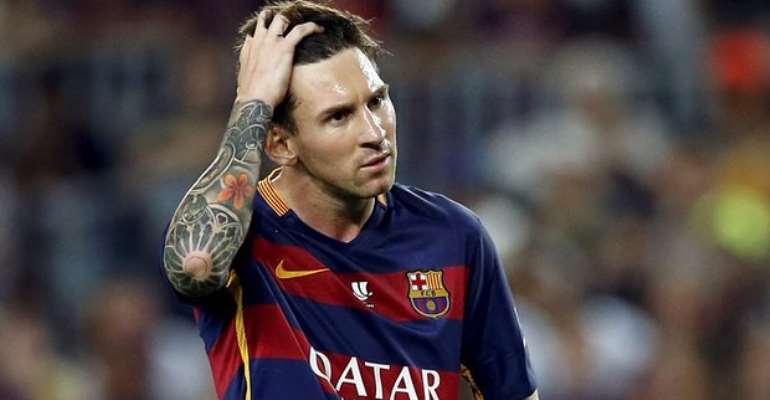 Lionel Messi will be out for three weeks after suffering a groin strain in Barcelona's draw with Atletico Madrid.

The striker went off on 59 minutes on Wednesday after a Diego Godin tackle.

He was forced to miss Argentina's World Cup 2018 qualifier against Venezuela earlier this month with a groin injury, but has played in all five La Liga games for his club this season.

The Argentine could return for Barca's Champions League tie with Manchester City on 19 October.

Prior to that tie, Messi will be ruled out of games against Borussia Monchengladbach in the Champions League, Sporting Gijon and Celta Vigo in La Liga, and World Cup qualifiers against Peru and Paraguay.

Sergio Busquets was also forced off with injury in the second half of Wednesday's game as Angel Correa's equaliser cancelled out Ivan Rakitic's opener at the Nou Camp.