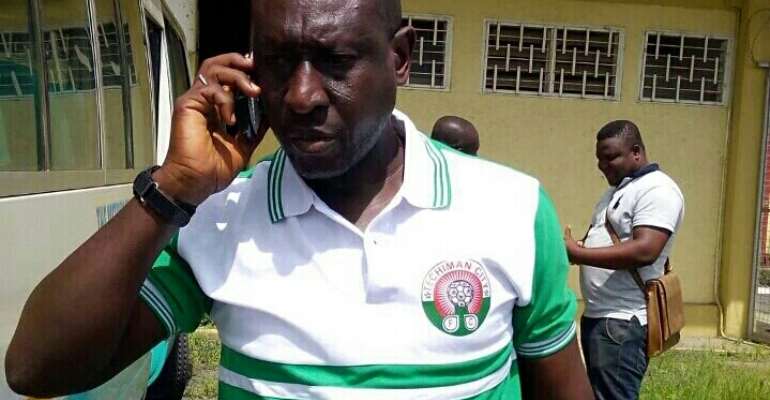 Abubakar quit his role as City head coach in late June following uncertainty over his future after receiving threats from the club's fans.

While City enjoyed a somewhat flamboyant start to their debut campaign on the Ghanaian top-flight, things turned sour after the departure of the coach.

And, striker Stephen Manu believes his departure was largely to be blamed for their demotion to the wilderness.

"We started the league very well under coach Yussif Abubakar. He was really doing a great job and it got to a point where we were placed fourth on the league table," the former Asante Kotoko striker told Kumasi-based Silver FM.

He blames the club's board for taking an unfavourable decision to sack the former Hearts of Oak coach at the time they were riding high in the league.

"In fact seeing him moving out of the club has really cost us dearly and due to that we have been relegated. The decision taken by the board was something unacceptable because you cannot part ways with a coach who was doing so well with your club at that crucial moment," he concluded.

City joined New Edubiase United and Sekondi Hasaacas to complete the list of three clubs relegated on the final day of the Ghanaian season.

Mahama becoming President again is one of the greatest calam...
37 minutes ago

What Shatta Wale did was childish and stupid — Nii Ayitey An...
45 minutes ago