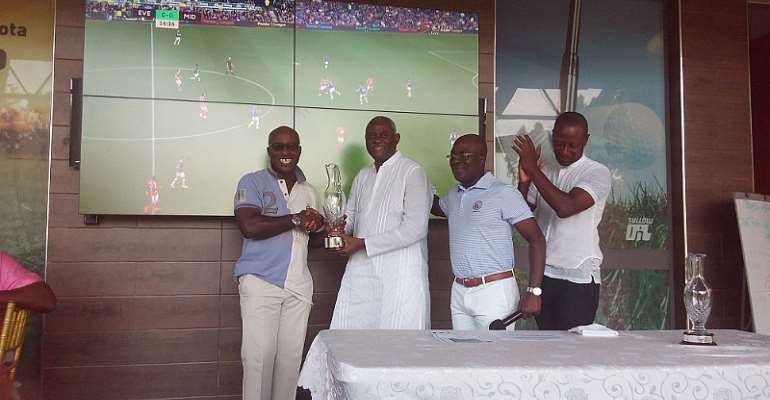 Counsel Members of Premier Golf Club, Achimota has conferred on the Osu Mantse Nii Kinka Dowuona an honorary member of the Club for life with immediate effect.

And by the honour, the chairman of the Osu Traditional Council is not to pay for Green Fees, Entry Fee, will have a dedicated car park and other privileges.

Captain of the Club, Dr Frank Adu Junior, who made the pronouncement pointed out that the honour was in appreciation for accommodating the Club for all these years as a landlord.

In return, the Osu Mantse accepted the honour in good faith and promised to hit the Course as a first timer yesterday.

The traditional ruler, who was in the company of his wife gave the assurance of sustaining the annual special golf tournament as long as he remains in office.