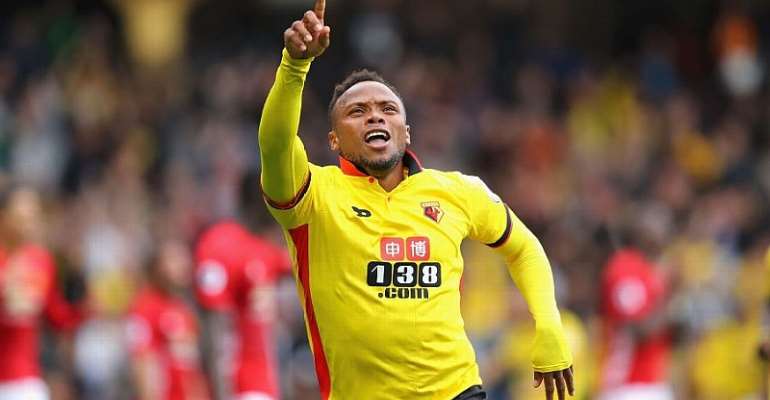 Manchester United crashed to a third straight defeat in all competitions as Watford won 3-1 win at Vicarage Road.

United had gone behind to a 34th-minute Etienne Capoue strike but fought back to equalise through Marcus Rashford, making his first Premier League start of the season, just after the hour mark.

However, Zuniga, on a season-long loan from Napoli, made an instant impact by scoring with his first touch before Troy Deeney added a penalty in added time.

Jose Mourinho started the game with a strong attacking line-up that included Zlatan Ibrahimovic, Wayne Rooney, Anthony Martial and Rashford but did not see an improvement made on lacklustre displays that have resulted in losses to Manchester City and Feyenoord.

Both sides had chances before Capoue’s opener; Odion Ighalo shooting wide with an open goal at his mercy on 13 minutes after a defensive mix-up between Smalling and David De Gea, and Troy Deeney seeing a header well saved by De Gea minutes later.

Ibrahimovic missed from a Rashford cross on 21 minutes and Paul Pogba rattled the crossbar from 30-yards out, but it was Capoue who opened the scoring with his fourth goal in five Premier League games this season.

Martial was caught in possession by Miguel Britos who allowed Daryl Janmaat to pick out Capoue in the box and the former Tottenham midfielder coolly slotted home.

Martial, injured by Britos in the run-up to the goal, was replaced by Ashley Young immediately afterwards but there was no instant reaction from United who had to wait until midway through the second-half to equalise.

Watford were given the opportunity to make sure of the three points when Zuniga was fouled by Marouane Fellaini in added time, a chance Deeney took emphatically from the penalty spot to seal a memorable win for the Hornets.