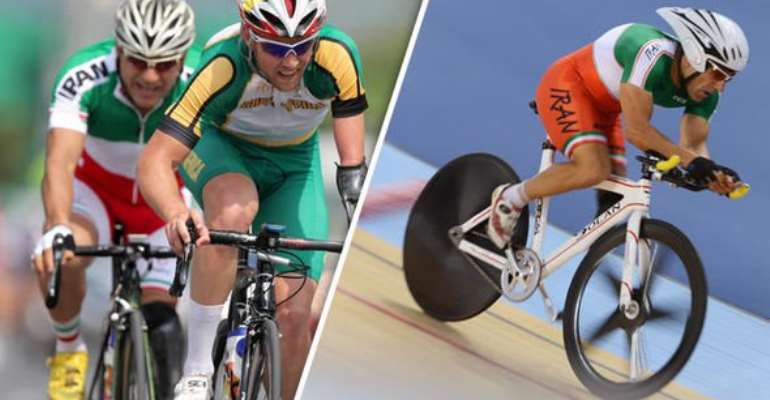 An Iranian Para-cyclist has died following a crash in the men's road race on Saturday.

Bahman Golbarnezhad crashed on the downhill slope of the C4-5 classification road race.

"The athlete received treatment at the scene and was in the process of being taken to the athlete hospital when he suffered a cardiac arrest," said the International Paralympic Committee (IPC).

"The ambulance then diverted to the nearby Unimed Rio Hospital in Barra where he passed away soon after arrival."

Forty-eight-year-old Golbarnezhad had also competed in the London 2012 Paralympics.

"The Paralympic family is united in grief at this horrendous tragedy which casts a shadow over what have been great Paralympic Games here in Rio," said the IPC president Sir Philip Craven.

"This is truly heart-breaking news and the thoughts and condolences of the whole Paralympic Movement are with Bahman's family, friends, and teammates as well as the whole of the National Paralympic Committee (NPC) of Iran."

The IPC's director of media and communications Craig Spence added: "A truly heartbreaking and tragic day and one I hope I never have to experience again."

Moment of silence
The IPC said it had launched an investigation into the circumstances of the crash.

It took place on the first section of the Grumari loop, "a mountainous stretch of the course", according to the IPC. Last month during the women's road race in Olympic Games, Dutch cyclist Annemiek van Vleuten crashed while leading the race on a different course with just 11 kilometers to go.

Van Vleuten flew head-first over her handlebars as her hopes of a first Olympic title disappeared. She suffered three spinal fractures and concussion.